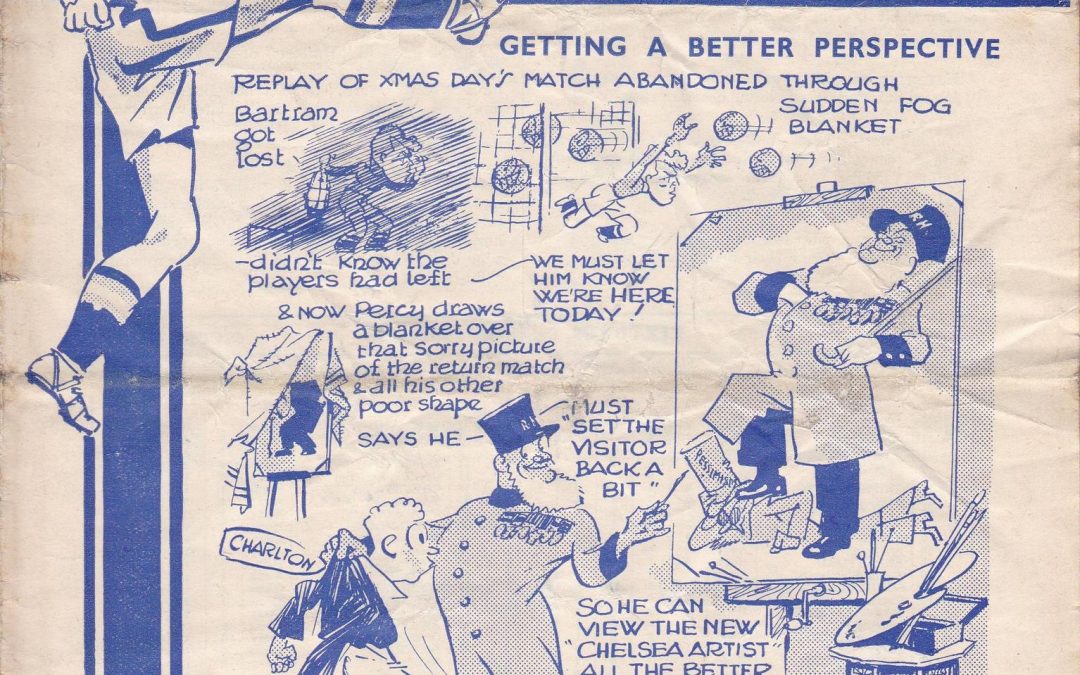 ON Christmas Day 1937, Chelsea met Charlton Athletic at Stamford Bridge. After 61 minutes the teams were locked at 1-1 when it started to get foggy.

Charlton‘ should goalkeeper that day was Sam Bartram. Here is his account of what happened next as recounted in his autobiography:

“Soon after kick-off [fog] began to thicken rapidly at the far end, travelling past Vic Woodley in the Chelsea goal and rolling steadily towards me. The referee stopped the game, and then, as visibility became clearer, restarted it. We were on top at this time, and I saw fewer and fewer figures as we attacked steadily.

“I paced up and down my goal-line, happy in the knowledge that Chelsea were being pinned in their own half. ‘The boys must be giving the Pensioners the hammer’ I thought smugly as I stamped my feet for warmth. Quite obviously however, we were not getting the ball into the net. For no players were coming back to line up, as they would have done following a goal. Time passed, and I made several advances towards the edge of the penalty area, peering through the murk, which was getting thicker every minute. Still I could see nothing. The Chelsea defence was clearly being run of its feet.

“After a long time a figure loomed out of the curtain of fog in front of me. It was a policeman and he gaped at me incredulously. ‘What on earth are you doing here?’ he gasped. ‘The game stopped a quarter of an hour ago. The field’s completely empty.’ And when I groped my way to the dressing room, the rest of the Charlton team, already out of the bath and in their civvies, were convulsed with laughter.” 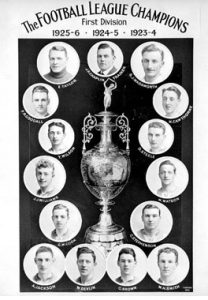 THREE TITLES –  WHEN THE TERRIERS WERE KINGS

IN February 1921 Huddersfield Town appointed Herbert Chapman as assistant to manager Ambrose Langley and a month later gave him the manager’s job when Langley left the club.

Town had appealed against the lifetime ban Chapman had received for his role in Leeds City’s bribery scandal and eventually got the ban overturned.

Whilst Langley had taken the club to the first division it was Chapman who transformed the club into the best in the country. He led Town to an FA Cup win in 1922 and then to successive championships in 1924 and 1925. Chapman left for Arsenal in the summer of 1925 but his former club went on to win a third successive crown

An outstanding feat made all the more incredible by the fact that, during those first two title successes Town used just 15 players 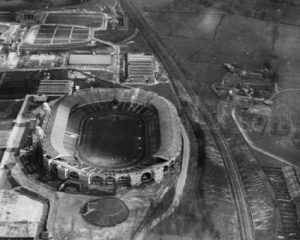 AT the start of the 1930-31 season Clapton Orient’s Lea Bridge stadium failed to meet Football League requirements and needed improvements. So, whilst work was carried out, the club used Wembley for their home league fixtures against Brentford and Southend United. 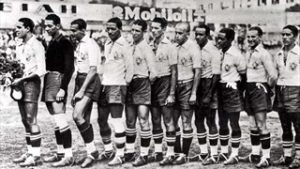 THE 1934 World Cup was staged in Switzerland and among those competing were Argentina, Brazil and the USA.
The tournament was a straight knockout and, all three lost their opening match therefore travelling across the Atlantic to play a single game. 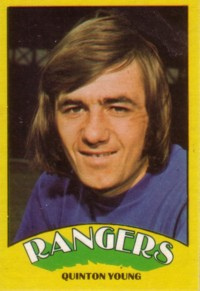 STRIKER Quinton Young joined Rangers in 1973 as part of the deal that saw Colin Stein move south to join Coventry City.
Things went fine for a couple of seasons but then Young dropped out of the first-team reckoning after playing in a European Cup loss to St Etienne.
Feeling he still had something to offer the first team he went to a meeting with manager Jock Wallace to ask for another first team chance. The response was not what he expected.
“When I confronted him,” recalled Young. “I was shocked to hear him say ‘If you want a transfer you can have a free one right now. In fact, you can go out of the door and don’t come back’ “
A shocked Young walked out of the office, and out of Rangers later signing for East Fife.