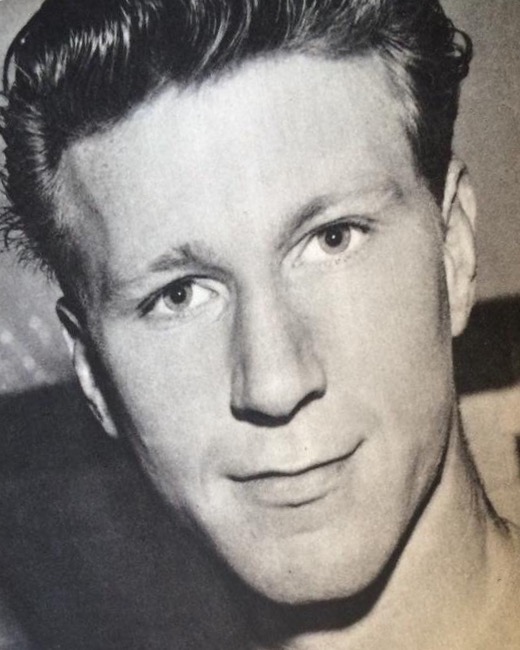 East Ender Jim Barrett played for his local team, West Ham United, for 15 seasons. He had previously played for his school team with Billy ‘Bubbles’ Murray the man who became the inspiration for the Hammers adopting the song ‘I’m Forever Blowing Bubbles’.

In 1928, Barrett’s performances earned him a call-up for his country when he was chosen to play for England against Ireland in Belfast. Unfortunately he was injured just four minutes into his debut and had to leave the pitch reducing his team to ten men. England still managed to win the game 2-0 with goals from Joe Hulme and Dixie Dean.

But for Barrett it was the beginning and the end of his international career. He was never chosen to play for England again. 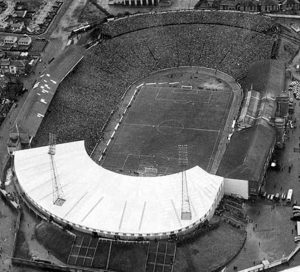 The year after Jim Barrett’s inauspicious debut for England, Aberdeen’s Alec Cheyne made a much more memorable start to his international career.

In front of 110,512 fans at Hampden Park, the Scots were reduced to 10 men due to injury when, with time running out, they won a corner. The crowd, getting behind their team started to roar their encouragement and Cheyne took the corner, and scored direct to give his team victory over the ‘Auld Enemy’. And thus began the legendary ‘Hampden Roar’.

Cheyne was another with a short international career. Despite notching a hat-trick in a 7-4 win over Norway he made a total of only five starts for his country, notching four goals. 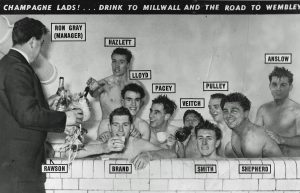 In 1949 promising young player John Shepherd contracted polio whilst on national service with the RAF. He lost all feeling in his left foot and doctors warned him that there was a real danger he might never walk again.Thereafter he began a long and arduous road to recovery, most of it spent in isolation in Cornwall.

Remarkably he made a full recovery. So full in fact that in early October 1952 he signed a professional contract with Millwall.

Towards the end of that month he made his Lions debut in a match at Leyton Orient and certainly made a start to remember, scoring all of Millwall’s goals in a 4-1 win.

Shepherd went on to have a highly successful lower-league career, first at The Den and then after moving on to Brighton and Gillingham.

After dropping into non-league football, Shepherd hung up his boots. In 1970 he returned to Brighton and helped to create a highly successful youth team set-up at the club. 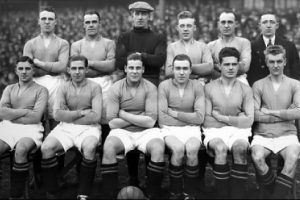 Manchester United’s strong start to this season is in contrast to one they made 87 years ago.

Having been involved in a relegation struggle during the previous campaign, where they avoided the dreaded drop by two points, Reds fans were hoping for a strong start to the 1930-31 campaign when they kicked off the new term with a home match against Aston Villa.

United managed three goals in that opener but Villa scored four times to condemn them to a first-day loss. The following week saw a visit to Middlesbrough where they fell to a 3-1 defeat despite a second goal in consecutive games from Harry Rowley.

Then things got bad. A visit to London resulted in a 6-2 defeat at Chelsea then the mighty Huddersfield Town visited Old Trafford and gave their hosts a 6-0 thumping. Another home game the following week saw United score four times against Newcastle United with Tom Reid bagging a hat-trick. Sadly for them, the visitors got seven!

So 12 games, 12 losses. 14 goals scored, a whopping 49 conceded. Game 13 was a home encounter with fellow strugglers Birmingham City and – at last- a win. United overcame their rivals 2-0 with goals from the aforementioned Rowley and Bert Gallimore.

Would finally getting that win herald a rise in form that would see the Reds claw their way out of trouble? Well, no; United did manage another six wins before the end of the season but they went alongside a total of 27 losses and they shipped 115 goals and finished a remote bottom of the table nine points adrift of Leeds United in 21st spot.

Three seasons later United managed to avoid dropping into the third tier by a solitary point and two years after that they won the 2nd Division title and took their place back in the top flight.