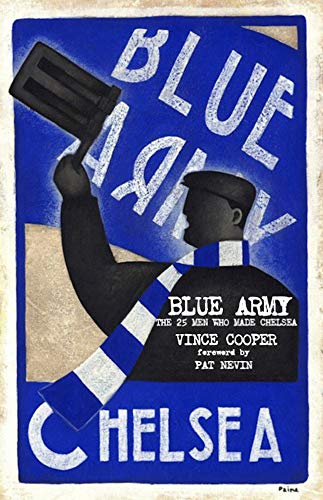 I am proud and pleased to announce the publication of my first book, Blue Army. 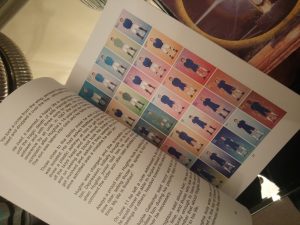 The book covers the history of Chelsea as told through the stories of 25 players who have played an important part in the story, while also telling the stories of those 25.

From William ‘Fatty’ Foulke 115 years ago to Didier Drogba who did so much to bring London’s first European Cup to Stamford Bridge the book feature many fascinating characters, some of whom, like Foulke, were only at the club for a short period of time but had a huge impact and others, like Ron Harris, who seemed to spend a lifetime at the club and gave tremendous service. 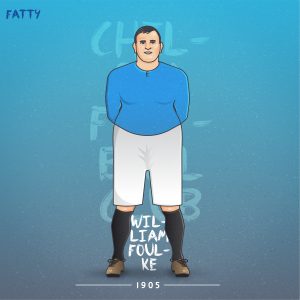 There will obviously be some difference of opinion over who the 25 should be. Why John Bumstead and not Alan Hudson? How could I include Paul Canoville and leave out Petr Cech? I’ll admit it’s a personal choice and one I have already had ‘heated discussions’ over with others. I did try to ensure that there was always at least one player at the club for the sake of continuity so that did lead to some ‘lesser’ player being included at the expense of bigger names.

Also some undoubted greats were left out for reasons that might be less clear. Jimmy Greaves was, in all probability, the greatest goalscorer ever to play for Chelsea (Bobby Tambling once described himself as ‘an old banger compared to Jimmy who was a Rolls Royce’). He also started his career at the club. But I don’t think of Chelsea when I think of Jimmy, I think of Spurs. Likewise with Ruud Gullit, Gianluca Vialli and a host of others. So I’ve tried to focus on players who ‘were’ ‘Chelsea’.

This was more difficult to justify when I had included Hughie Gallacher and Tommy Lawton, both of whom will be fondly remembered at other clubs. But those players, like Jimmy, had a great story to tell. And they were also at the club during difficult times, when there weren’t too many others who could be considered.

Some decisions were easier than others. How could I include John Terry and not Frank Lampard, or vice-versa? This caused an original idea of ‘The 17’ to end up at 25, and I could easily have gone on. 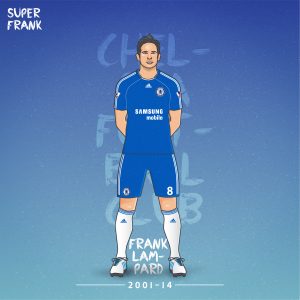 There was also a personal reason for writing this book. Throughout 2018 I had seen my Mum, who had vascular dementia, succumb to the horrible illness and her condition, and memory, deteriorated as the year progressed. It made me want to put some words down for a personal reason; to ensure that I remembered some things while I still could! It was also something of a tribute to my Dad who instilled a love of football in me which is strong to this day.

And now that the floodgates have opened more will follow. I’m already hard at work on Book #2 which I want to hurry up and finish so I can get started on Book #3! 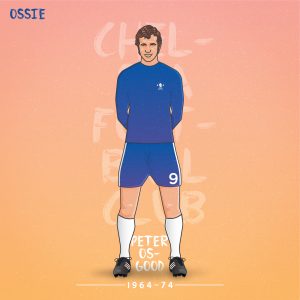 if you do read Blue Army I hope you enjoy it, and if you don’t, thanks for reading this, and if you feel you have it in you I strongly recommend that you write your own book, on whatever subject you feel passionately enough about, It’s a tremendous experience!

Blue Army will be available on Amazon (paperback and Kindle) or the hardback can be pre-ordered at www.gate17.co.uk