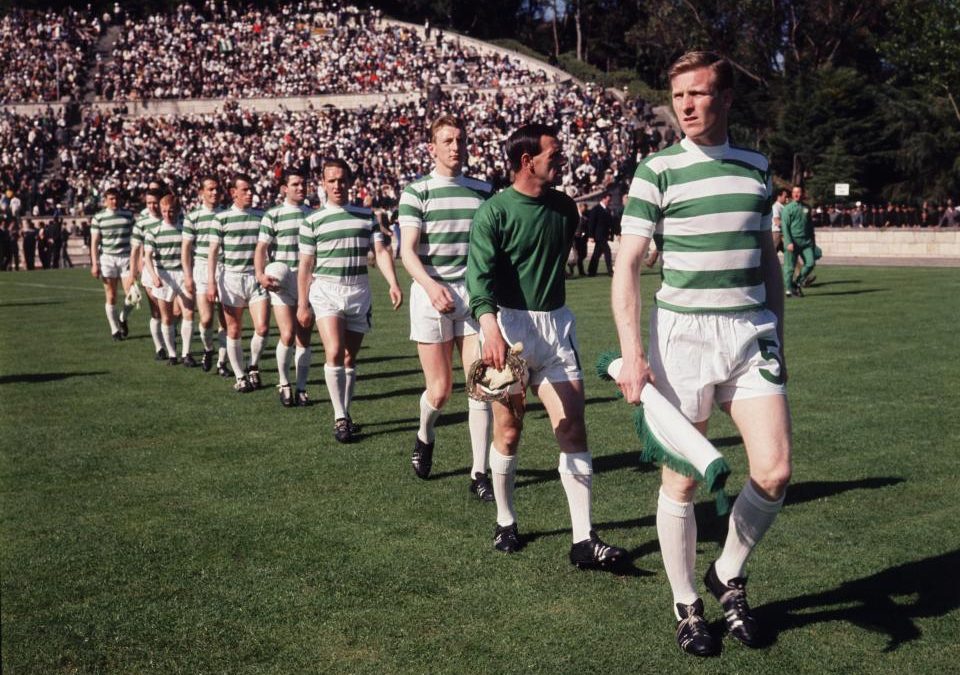 “Celtic deserved to win. We lost but the match was a victory for football”
Inter Coach Helenio Herrera after the 1967 European Cup Final 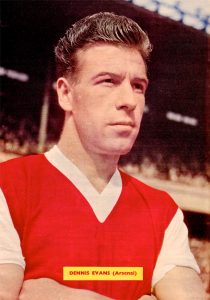 Everyone likes a Christmas present, even on Boxing Day.

On 26 December 1952 Sheffield Wednesday gave West Bromwich Albion a triple gift. The Baggies won the game 5-4 and three of their goals were courtesy of own-goals by West Brom players.

And on 17 December 1955, Arsenal defender Dennis Evans gave Blackpool an early present. Hearing a whistle and thinking it was the referee signalling full-time Evans smashed the ball into his own net. Imagine his, and Arsenal’s surprise when the ref pointed to the centre-spot, awarding a goal to the visitors!

The whistle had come from a member of the crowd, clearly in a hurry to get off to do some Christmas shopping. Fortunately for Evans and Arsenal, they were 4-0 up at the time of the incident so the late shocker didn’t affect the destination of the points. 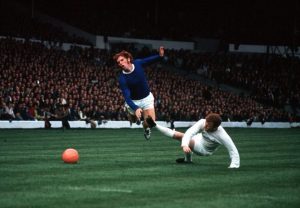 In August 1966 shortly after helping England win the World Cup, Alan Ball was all set to sign for Everton.

Toffees boss Harry Catterick was at Bloomfield Road thrashing out the final details of the deal which needed to be completed by 6pm in order for the midfield man, keen to test himself at a top club, to be eligible to compete in the European Cup-Winner’s Cup.

Then, at the last moment word came through that Leeds had made an inquiry with Don Revie apparently starting out to make a mad dash by car to Bloomfield Road. Apparently he turned back on hearing that Everton had more or less sealed the deal.

Writing four years later, Ball admitted that he couldn’t help wondering what would have happened had he turned down the Toffees and gone to Elland Road. But he also admitted; “Nothing would have persuaded me to play anywhere but Everton.” 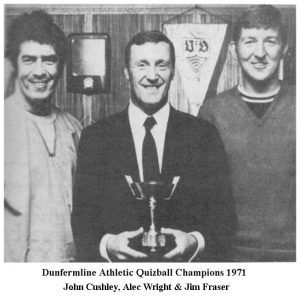 Well they did win Quizball in 1971

In the summer of 1972 Dunfermline Athletic, newly relegated from the Scottish First Division, went on tour to Spain. A miserable season was compounded in Barcelona when The Pars were asked to pretend to be another club.

It seems Charlton we’re due to play in the Catalan capital but, for some reason, couldn’t make it so the Spanish sponsors of the tour asked the, to ‘be’ Charlton for the duration of a match. 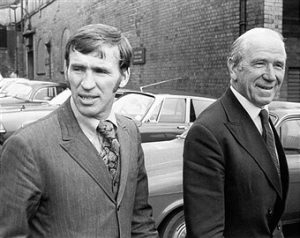 In the late 1960s a meat delivery van arrived at a public building in Sheffield. As the driver opened the back doors, anyone watching would have expected packets of produce stacked in the back. They wouldn’t have been wrong, but the van had another cargo.

Stepping smoothly out from among the various meat products, Matt Busby and Pat Crerand brushed themselves down and got themselves ready for the FA disciplinary meeting they were due to attend.

The Manchester United player and his wing-half had set out from Old Trafford in Crerand’s Daimler-Jaguar but had broken down on the Yorkshire moors. Way before mobile phones there was no way to call ahead and ask for a delay of cancellation. So instead the pair hitched a ride to ensure they’d make it on time. 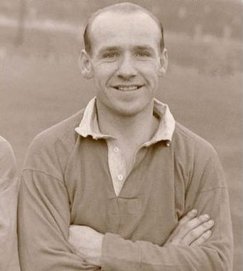 Got medals? Jimmy Delaney has

Many players have great Medal hauls but for those of the Cup variety it’s hard to match the haul put together by Scottish International Jimmy Delaney.

In 1937 Delaney won a Scottish Cup winners medal when playing for Celtic. After the war, Matt Busby signed him for Manchester United and the winger was a member of the team that won the 1948 FA Cup.

By 1954 Delaney, then aged 39, had moved to Northern Ireland, joining Derry City and he helped his new team capture the Irish Cup, when they eventually overcame Glentoran after a second replay. Two years later, as player-manager of Cork Athletic, he led his team to the final of the FAI Cup. The dream of a fourth Cup winners medal sadly didn’t come true as Athletic were beaten 3-2 by Shamrock Rovers in a thriller.

So close to recording four winners medals but 3 winners and 1 runners-up gongs was a pretty impressive haul for the Laois-born Scotland International.