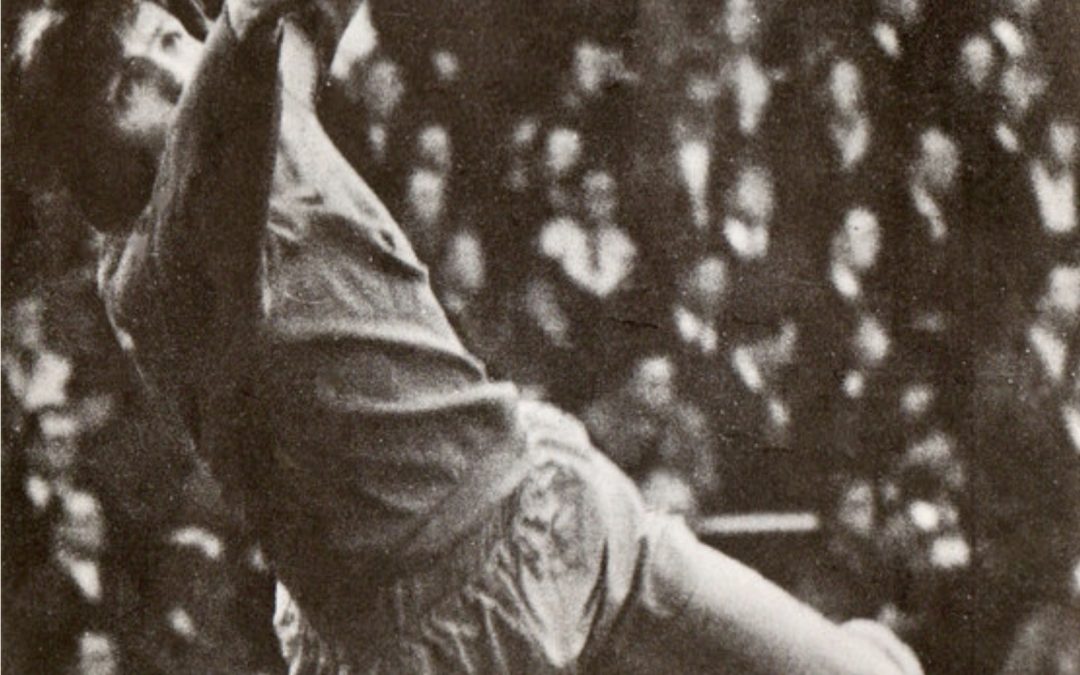 After back-to-back Southern League title wins in the late 1960s Cambridge United applied once again for election to the Football League in 1970. The club had applied for league status every year since 1965 and were finally elected, receiving 31 votes, 14 more than previous incumbents Bradford Park Avenue and becoming the first new league club in 10 years.

Manger Bill Leivers, an F.A. Cup winner with Manchester City in the 1950s, set about upgrading his team and his first move was to sign Welsh goalkeeper Trevor Roberts from Southend United.

Whilst living in Wrexham and studying Geography at Liverpool University where he eventually earned a B.A. the keeper was called up to the Welsh amateur team and he would go on to make nine appearances for his country.

Roberts joined Liverpool as an amateur but found opportunities limited at Anfield and moved south in 1965, turning pro and joining Southend United where he became a regular and also took a job as a teacher at Belfairs High School for Boys. 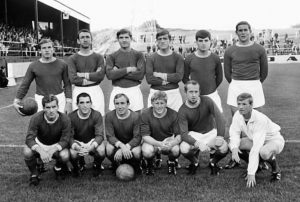 After spending five years at Roots Hall, making over 170 appearances for the club and winning their Player of the Year award in 1967 he moved to the Abbey Stadium in July 1970, Leivers’ first signing as Cambridge prepared for life in the league.

Roberts was between the sticks for United’s first-ever league match, where a late goal from skipper Colin Meldrum earned a 1-1 home draw with Lincoln City in front of a crowd of 6,402 on 15 August 1970. 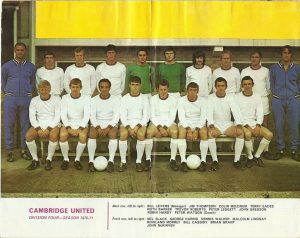 He applied for a part-time teaching job in order to raise extra money to buy a house for wife Gillian and himself and the local education authority insisted on a series of health checks. These included an X-ray which showed a spot on one of his lungs.

Further tests followed as a result of which Roberts was told he had lung cancer and had two major operations to remove part of a lung. He spent a month in hospital with only wife Gillian, manager Leivers and his United teammates aware of the situation.

Amazingly, the day after being discharged from hospital he returned to training with the club and he eventually forced his way back into the first team. By April 1971 he was back in the first team for a match with Oldham and he went on to appear in seven of the team’s last eight games to bring his total for the season to 15.

Leivers later said of his return; “He wanted to be put through the mill to prove he was fit again. He exhausted himself in training and made the other lads really put him under pressure. All the while we never heard one word of complaint from him.

“When he got back in the first team, he played marvellously well, particularly in a match at Crewe [a 1-1 draw]. He was so happy just to be able to play again. Trevor asked no favours, he wanted to be treated just like any other player”.

But in January 1972 after a goalless draw with Southport Leivers called him into his office and told him he was replacing him with Peter Vasper who had deputised during the previous campaign. He would never play again.

“I think things caught up with him at the start of the year,” recalled Leivers. “He lost a bit of confidence and after that game with Southport I felt he was not at his best so I had to tell him I was going to leave him out.

“We were due to go to Portugal for a few days break in February and Trevor was going with us, but the night before he collapsed and was re-admitted to hospital.

“He came out again and convalesced on the East Coast believing that he had just had a minor stroke”.

But it was worse than that, the cancer had returned and it soon spread to his brain.

Leivers organised a testimonial match between a combined Cambridge/Southend and West Ham United which was watched by a crowd of over 6,000. Roberts, now paralysed on his left side, attended but within a few weeks his condition had deteriorated and he was re-admitted to hospital. On 2 June 1972 he passed away at Evelyn Nursing Home aged just 30.

“I have never seen such courage,” said Leivers. “The other players were terribly upset about it but tried to keep him going. Trevor was well liked by everyone he came into contact with. His passing left an indelible mark on the club”.

Bill Shankly who had signed him for Liverpool in 1963 said: “I’m very sorry to hear the news. We had him at Anfield as a boy. He was a big lad but quiet and inoffensive.

“We took him on our 1964 tour of America but we eventually let him go because we were well off for goalkeepers at the time”.

Then-Liverpool skipper Tommy Smith said: “I am very sorry to hear this. We were good friends when Trevor was at Anfield and he was an exceptionally nice lad”.

For over 200 league matches Trevor Roberts battled hard for his clubs. He fought just as much in his fight against illness, a fight he eventually lost.

He will be remembered by both of his clubs as a brave and skilful goalkeeper whose life was brought to a tragically premature end.

Some of the information in this article came from www.100yearsofcoconuts.co.uk while quotes from Bill Leivers first appeared in League Football magazine.