FOOTBALL OR CRICKET? BOTH 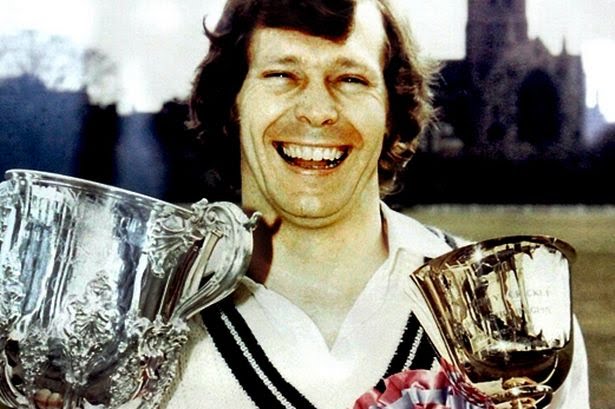 THERE was a time when it wasn’t so rare to find people able to compete successfully at the highest level in both Cricket and Football. From Denis Compton and Willie Watson all the way back to the legendary C.B. Fry many seemed comfortable switching from muddy boots to cricket whites as the nights got longer. Even the mighty (in more ways than one) ‘Fatty’ Foulke made occasional appearances for Derbyshire to help the summer months pass.

But as demands on fitness levels, more specific training, summer tours and other considerations gradually made it harder to combine the two.

Ted Hemsley of Worcestershire and Sheffield United, Phil Neale (Lincoln City and Worcestershire) and Arnold Sidebottom (Yorkshire and – briefly – Manchester United) had some success as dual sportsman whilst Alan Ramage spent some time with both Middlesbrough and Yorkshire and, of course, Ian Botham had a brief spell with Scunthorpe alongside a long and brilliant cricket career.

But perhaps the two best examples of players who managed to play both Football and Cricket regularly at the highest level are Jim Cumbes and Chris Balderstone. And interestingly, both went on to make their mark later in life, in non-playing roles.

For Cumbes it was the winter game that seemed to take precedence early on although his first-class debut came at cricket first. Manchester-born Cumbes, a fast bowler, made his first appearance for Lancashire as a 19-year-old, taking the wicket of England batsman Don Kenyon in a rain-affected match against Worcestershire. He had to wait almost three years for his second start by which time the summer game had taken a back seat.

On the football pitch Cumbes a goalkeeper, started out with Runcorn then joined Tranmere Rovers in 1965 and soon became first-choice between the sticks for the Prenton Park side racking up 137 appearances during a four-year spell and helping his team gain promotion to division three. 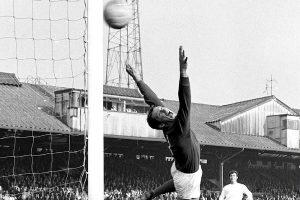 1968 and 1969 saw a pair of moves for Cumbes, one in each sport. On the cricketing front in ‘68 he moved to Surrey where he went from being an occasional player to having a regular first team place and taking 54 wickets. But the following season it was again all about football. West Bromwich Albion bought him from Tranmere and at the Hawthorns he competed with friend and future business partner John Osborne for a first-team spot.

The £33,500 fee paid made him the second-most expensive goalkeeper behind Gordon Banks but it was another legend who inspired him to go between the posts. “In my last year in primary school I decided I wanted to be a goalkeeper,” he says. “After watching Bert Trautmann in the FA Cup Final”.

In 1971 he was on the move again, on both fronts. On the football side Aston Villa gave West Brom a £2,000 profit on their investment to take Jim to Villa Park after he had fallen out with Baggies boss Don Howe. Whilst in cricket he returned to Lancashire then quickly moved again, this time to Worcestershire which was much closer to his football home. 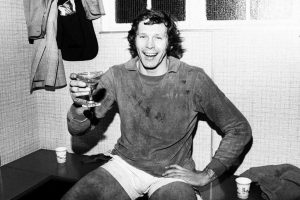 Cumbes was to spend the next ten years at Worcestershire, winning the County Championship and the Gillette Cup. Football-wise it was a ‘mere’ four years at Villa Park during which he helped the club return to the first division and also to win the League Cup, keeping a clean sheet in the final as his team beat Norwich City and completing a remarkable double, winning the League Cup and County Championship in the same year. 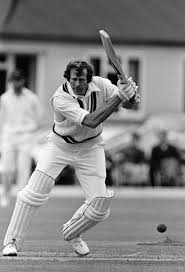 Jim spent part of the summer of 1976 playing in the NASL with Portland Timbers (where he was known as ‘Big Foot’ due to his prodigious kicking ability). On his return his career started to wind down. He spent time with Coventry City, first-ever club Runcorn, Kidderminster Harriers and Worcester City before retiring in 1984. He hung up his gloves having played over 500 league and cup games and appeared at 88 of the 92 league grounds. In cricket he had one more stop, spending a season at Warwickshire where he played mostly one-day cricket before retiring in 1982.

His retirement ended a career in which he had kept goal against Pele and George Best, bowled to Viv Richards and Gary Sobers and played in finals at both Lords and Wembley. “I seemed to get Viv Richards out several times,” he recalls of one of the highlights of his cricket career. “Someone suggested he was my bunny and I said ‘whatever you do, don’t tell him that – he will come after me!’”

After calling it quits from the playing side of both sports Cumbes chose cricket for his later career. After starting as Commercial Director of Worcestershire he moved back to Lancashire, where it had all begun, taking on the role as Sales and Marketing Manager before in 1998 he became Chief Executive. During his 14 years in the role led the massive redevelopment of their Old Trafford ground and led the call for coloured clothing in the game among other innovations.

Cumbes retired in 2012 after a 50-year career working his way to the top of two sports and off the field as well as on it. 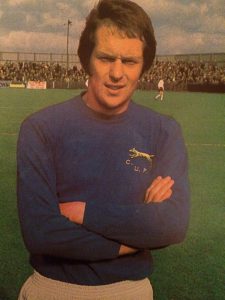 Balderstone took a slightly less varied road to the top, at least in terms of clubs, but he too reached it at both sports. Born in Huddersfield he started out at his local club where he was signed by then-manager Bill Shankly. He spent seven years at Leeds Road and made a total of 131 appearances, only really getting a chance after Denis Law was sold to Manchester City.

In 1965 a £7,000 fee took the midfielder to Carlisle where he struggled at the start, especially with the fans who, he said; “Gave me a bit of stick at first”.

Taking Carlisle to the Top

His first season at Brunton Park was also Carlisle’s first in the second division and he eventually became club captain and was a key member of the team who played in the top flight for the first time in their history.

As his career wound down on the football pitch Balderstone had spells with Doncaster Rovers and Queen of the South but it is the eleven-year spell at Carlisle where he scored 68 times in 376 starts and made it into the top flight (they briefly topped the league after his spot kick beat Pat Jennings of Spurs) that he will be best remembered for. 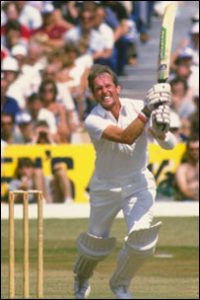 In Cricket, Balderstone was a late bloomer. He signed with Yorkshire in 1961 but focused on football through his 20s before former England captain Ray Illingworth encouraged him to make the switch to Leicestershire when he was 31. During his time at Grace Road, he won three Benson & Hedges Cup finals (he received the gold award in one), two Sunday Leagues and a County Championship.

All in One Day

Balderstone also had, perhaps, the best sporting day of all those who have combined the two sports. On September 15 1975 at Queen’s Park Chesterfield his Leicestershire side started the day needing only a few bowling points to clinch the County Championship. Sure enough, they clinched the title and he went into bat and finished the day on 51 not out. 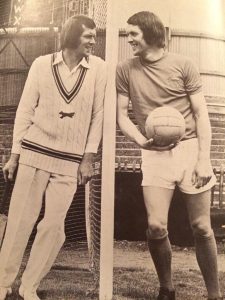 Then it was a quick journey from Derbyshire to Yorkshire and that evening he played for Doncaster Rovers against Brentford, scored in a 1-1 draw, and after the final whistle headed back to his Chesterfield hotel. The next day he went out and completed his century before being run out.

In 1976, at the age of 35, Balderstone was chosen to make his test debut. Unfortunately for him he came up against a West Indies side that was, at the time, the best in the game and who many consider the best of all time. He made only two test match appearances but would surely have made many more had he focused on the summer game earlier.

After retiring in the late 1970s, the Yorkshireman turned to umpiring and in this he got to the top too, standing in a pair of one-day internationals in the mid-1990s.

Balderstone passed away in 2000 after suffering from prostate cancer and, with Cumbes, was almost certainly the last of his kind.

The two did have one key encounter and it came on the football pitch. In the 1973-74 season Aston Villa, with Cumbes in goal, conceded a penalty against Carlisle at Brunton Park. Balderstone was the taker. “I remember telling Baldy that he’d no chance and that I’d whack the ball away with my bat,” joked Cumbes years later. “He just smiled, ran up and blazed it against the crossbar”.

Cumbes made amends, keeping a clean sheet for Villa at Orient (with a number of Carlisle players, including Balderstone watching from the stands) at the end of the season to ensure that Carlisle were promoted to the First Division.

The Lancastrian and the Yorkshireman were almost certainly the last of their kind. They might both have reached even greater heights had they focused on either one of the two sports they graced for so many years. But both seemed to embrace the ‘Corinthian spirit’ of being two-sport men.