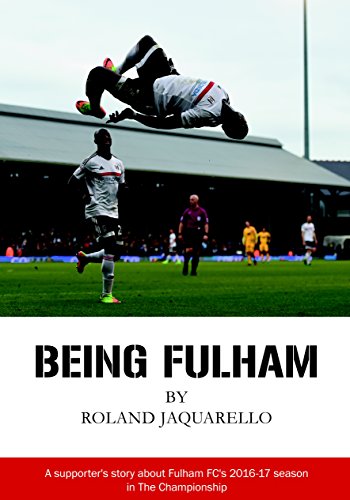 As Fulham push for promotion to the Premier League, Roland Jaquarello’s book looks back on last season when the seeds were sown for the exciting team now in action at Craven Cottage.

The book takes you through the season from a fan’s perspective; the hopes, dreams and excitement at the start of the campaign, the trials and trlbulations , ups and downs as the season progresses are all laid out and will surely evoke memories for all of us.

With an influx of exciting young signings and the arrival of Serbian coach Slavisa Jokanovic, Jaquarello, and Fulham fans in general started the season with optimism. They never quite reached the promised land of the Premier League, losing out to Reading in a playoff semi-final heartbreaker but it was an exciting campaign and this diary-style book brings it all to life with travels to and from matches and reaction to victories and defeats alike.

As they attempt to make it back into the top flight again this term, ‘Being Fulham’ is a great look back for Fulham fans and a great reminder for all those who have experienced a season following their team up and down the country.

Stuck in a Moment: The Ballad of Paul Vaessen

On April 23 1980, Paul Vaessen scored at the Stadio Communale to give Arsenal an unlikely victory over Juventus and send them through to the European Cup-Winners Cup Final. Three years later his career was over due to injuries and in 2001, at the age of just 39, he was dead.

Vaessen’s sad tale of a promising footballer whose career, and eventually life was brought to an end by a series of injuries, addiction and mental problems is laid out and told with great compassion in this book by Stewart Taylor.

Stuck in a Moment, with a foreword by Tony Adams, was longlisted for the William Hill Sports Book of the Year award in 2014 and shortlisted in the British Sports Book Awards in 2015 and it is easy to see why. It is an excellent look at at football career that started so full of promise and ended in tragedy. 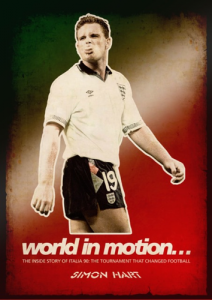 Italia ‘90 was one of the most memorable World Cups with new heroes created and England in contention almost until the end, Germany eliminating them at the penultimate hurdle and going on to claim the crown in a disappointing final in Rome.

Featuring interviews with many of the major protagonists including Roger Milla, Toto Schillaci, Jürgen Klinsmann, Terry Butcher and Packie Bonner, World in Motion tells the full story of the ‘World Cup of Gazza’s Tears and Nessum Dorma’.

For all of those who remember Italia ‘90 fondly, and for those who have heard tales of it since, ‘World in Motion’ tells the full story of why the tournament was so memorable, and how its legacy continues to this day. 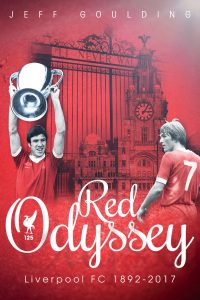 The Liverpool Mercury newspaper of March 16 1892 contained a report of a ‘lively meeting’ concerning the future of Everton Football Club which saw John Houlding removed from the Presidency of the club. That meeting led directly to the formation of Liverpool FC and Red Odyssey tells the story of the 125 years since for the ‘Mighty Reds’.

A story of the fantastic triumphs of those 125 years, mixed in with the occasional disaster, the book is written in an entertaining, anecdotal style and is sure to tell new stories even to the most fanatical ‘Koppite’.

From the early days of Houlding and Tom Watson all the way through to Jürgen Klopp, via Liddell, Shankly, Paisley and Dalglish among others, Red Odyssey gives a new and unique perspective of one of English football’s true giants