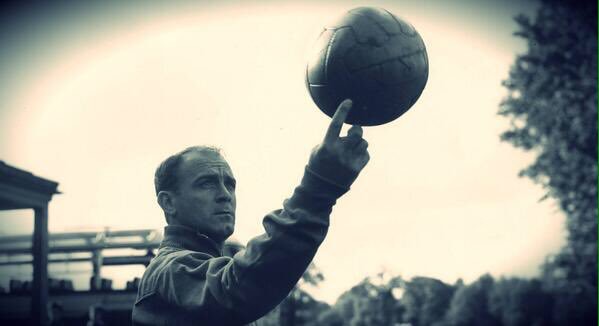 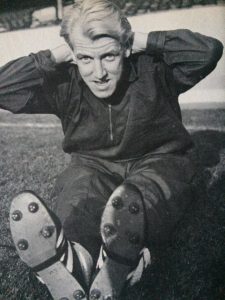 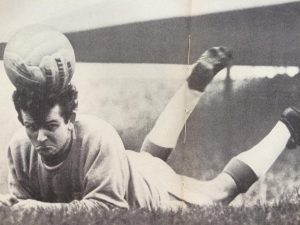 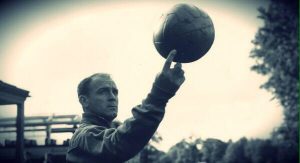 ‘I’ll just take a bit more off the back Alfredo’ 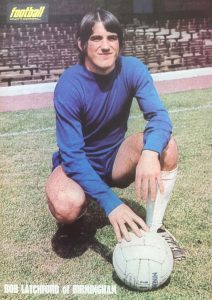 ‘I very rarely make forecasts about young players, but in two years time I believe he will be really outstanding.”
Birmingham City manager Stan Cullis talking about then 3rd team striker Bob Latchford. 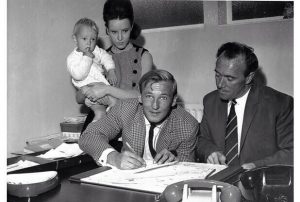 Former Blackburn Rovers, Manchester City and Stoke City star Peter Dobing (seen here alongside Stoke manager Tony Washington signing for the club) was picked to play for the “A” teams of both Blackburn and Manchester United when the club’s were due to face each other at The Cliff, United’s training ground. Fortunately for him the match was postponed due to fog.

Dobing, whose father played Rugby League for Salford, eventually signed for Rovers and went on to make almost 600 appearances for his three clubs, scoring more than 200 goals and lifting the League Cup as skipper of  Stoke in 1972 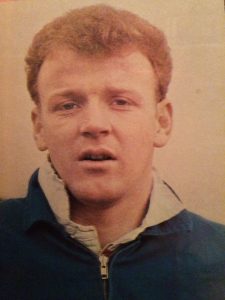 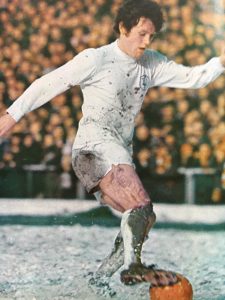 Billy Bremner had trials with both Arsenal and Chelsea, but didn’t like London so he signed for Leeds United whilst 35 (!!) different clubs wanted to sign Eddie Gray before he decided to join the Yorkshire club. 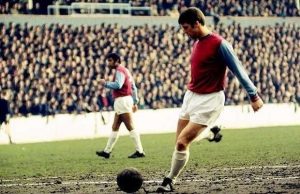 Geoff Hurst started his career at West Ham United as a wing-half. He was a promising cricketer appearing for Essex second XI and considered switching full time to the ‘summer game’ before being converted to forward by Manager Ron Greenwood as he hadn’t been able to get into the first team in his original position; young Bobby Moore was blocking his path. 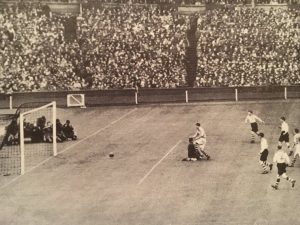 Reg Lewis (seen here scoring one of his two goals for Arsenal in the 1950 FA Cup Final against Liverpool) was a promising cricketer and was on the ground staff at Surrey as a youngster. He played junior football first for Nunhead and then Dulwich Hamlet and was recommended to Arsenal manager George Allison by Jimmy Hogan who worked with the great Austrian and Hungarian sides.

After netting on his debut against Everton, Lewis went on to score 103 goals in 154 official games for the club.

His ‘official’ career was badly interrupted by World War 2. He was stationed mostly in England and could therefore continue playing for the club before seeing time in the British Army of the Rhine in occupied Germany. Lewis scored 143 times in 130 war time games for the Gunners (including four in the 1943 Football League Cup Final)  giving him a total of 246 goals in official and unofficial 284 games for the club – war time games are unofficial.