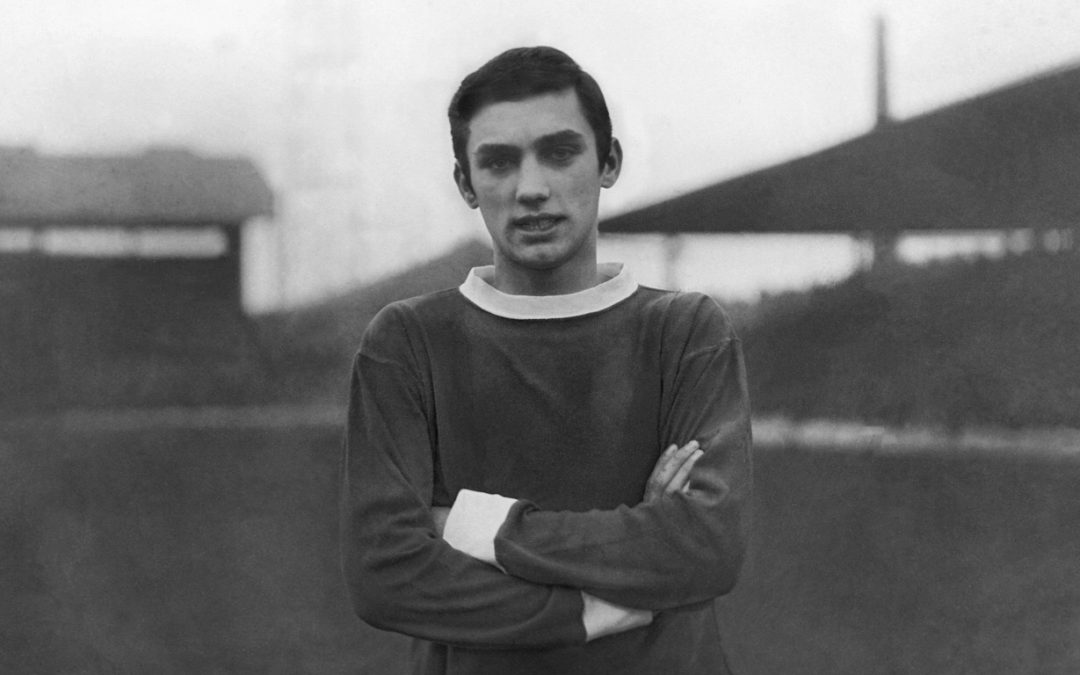 Friday 13th September 1963. A young George Best goes to check the team sheets for the following day’s matches at Manchester United. He’s not in the ‘A’ team so he checks the ‘B’ team. Not there either. A disappointed George turns to walk away, having a last glance to see who is in the first-team squad and is shocked to see ‘Reserve – Best (G)’.

The following day he reports at 9:50 for the planned 11:00 get together. Another shock is to follow as United manager Matt Busby takes George aside to tell him that he is not, in fact, a reserve, he is starting. Matt had refrained from telling the youngster that he would be in the team the previous day to save him from a sleepless night.

George started, against West Bromwich Albion and their tough Welsh international full-back Graham Williams. Although he never managed a goal (that honour went to fellow youngster David Sadler who got the winner for United), the young winger did enough to earn some decent reviews; “Young Best’s skill is remarkable for his age” said one journalist, while another reported; “This lad is surely set for the big-time.” Prophetic words indeed!

George wasn’t in the first team for good. He spent more time in both the ‘A’ and ‘B’ teams as Busby groomed him slowly. But he eventually broke into the team for good in December, scoring in a 5-1 win over Burnley, and the rest is history.

George had an amazing career earning not just a host of honours but also the adulation of fans everywhere, but even he had to start somewhere. 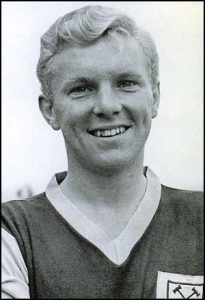 For a young Bobby Moore the debut, this time against rather than for Manchester United also came in September, but on a Monday night in 1958. West Ham had slumped to a 4-1 defeat at Luton two days before and had made a poor start to their season. Manager Ted Fenton decided it was time for a shake-up. In came the young wing-half and he played a big part in the 3-2 victory.

A newspaper report of his debut stated that young Bobby; “displayed a cool temperament beyond his years in any crisis which arose near goal,” the spot-on journalist continued; “nursed carefully, he could be a player to watch once he’s gained further experience.”

Moore was indeed carefully nursed. He made only four more appearances for the first team that year, followed by 13 the year after. In 1960 he finally made a regular first-team place his own. Two years after that he was in England’s World Cup squad and four years after that was captaining his country to World Cup glory and, of course, is now remembered as one of his country’s finest defenders and, perhaps, it’s greatest-ever captain. 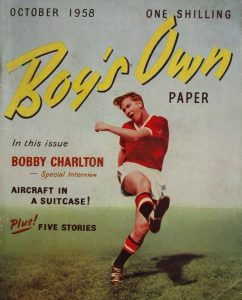 Bobby Charlton is pictured above in 1958 by which time he had already made his England debut.

Bobby came from a footballing family. Mum Cissie’s family was the Milburns and she had four brothers who were professionals as well as cousin ‘Wor Jackie’ famed for his exploits with Newcastle United.

Young Bobby was spotted at 15, playing schools football, by United Chief Scout Joe Armstrong (who also discovered Duncan Edwards among others). He signed for the club, although Cissie insisted he begin an apprenticeship as an electrical engineer. The following year it was full-time football with Bobby signing professional forms.

In 1956, whilst still doing his National service (alongside Edwards) with the Royal Army Ordnance Corps, Charlton was chosen to play, against Charlton Athletic and he scored twice in a 4-2 win. A press report at the time called his first start; ‘An impressive debut based merely on the kid’s ability to seize his chances, though judgment must be reserved a while on his all-round talent.’

it didn’t take too long for that judgment to be unreserved. In 1957 he won a league championship and having survived the horrors of the Munich Air disaster which so tragically took the lives of Edwards, Tommy Taylor, David Pegg, Roger Byrne and others, he went on to make over 600 appearances for United and, of course, featured in the same World Cup-winning team as Moore. 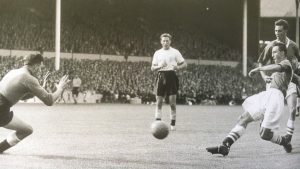 Chelsea stole Greaves from under the noses of Spurs, the Blues nipping in to sign him after the White Hart Lane club’s then-Manager Arthur Rowe was ill and unable to attend a pre-arranged with the Dagenham-born youngster. He rocketed through the youth system, breaking records at every level as he rose through the ranks. He was thrust into the first-team spotlight at just 17 and grabbed the headlines with that goal against Spurs at White Hart Lane

Greaves smashed all scoring records with the Stamford Bridge club and after a £100,000 fee was agreed for his move to Italy, he scored four times in his farewell appearance, a 4-3 over Nottingham Forest, and was chaired from the pitch.

A short, unhappy spell in Italy followed. Even though he again scored on his first start, personal problems, and restrictions on his movements in Italy, meant that he was quickly yearning for a return home.

When he did come back, Spurs finally got their man. Bill Nicholson says the he signed the star man after a brief chat in the urinals at the Cafe Royal where both were attending a football awards dinner and a fee of £99,999 brought him home.

Greaves finally got around to making his Spurs debut, against Blackpool in December 1961, and celebrated not with a single strike but with a sublime hat-trick, quickly re-establishing himself as the most feared striker in England.

Jimmy’s international debut came whilst still at Chelsea when he was chosen to play against Peru, scoring his country’s goal in a 4-1 defeat. He went on to strike a stunning 44 times in 57 games for his country.

Four great players, four great debuts. Which proves, I guess, you don’t have to make a good start, but clearly, it helps!