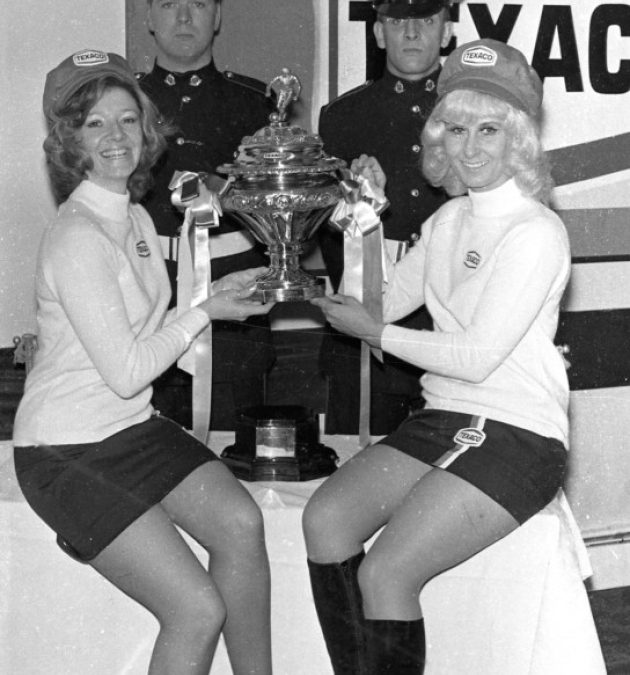 In 1970-71 the Football Leagues of England, Scotland and Ireland decided to start a competition for those teams that had just missed out on European football.

In the beginning it was called the International League Board Competition, then thanks to sponsorship it spent five years as the Texaco Cup, after the oil company agreed a £100,000 deal which was used to promote their purchase of the Regent service station chain, before ending its days as the Anglo-Scottish Cup. 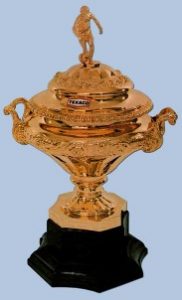 At the outset the 16-team line up saw 6 Scots meeting 6 English in round one and the four Irish playing each other until one was left in the semis.

Year one had its share of upsets. Although eight teams had qualified for European competition in England there were some high-quality sides in the Texaco. But only two, Wolves and Spurs made it to the second round with notable surprises including Airdrie’s beating Nottingham Forest on penalties, Morton seeing off West Brom, Motherwell overcoming Stoke and Hearts getting the better of Burnley. The two English survivors were reduced to one by the semi-final after Spurs lost out 5-4 on aggregate to Motherwell.

The semi-final draw pitted Wolves against the Irish ‘winners’ Derry City whilst the two remaining Scots, Motherwell and Hearts squared off. The Irish side got a single-goal win over their English opponents at home but were thumped 4-0 at Molineux in the return. In Scotland it was Hearts who prevailed, winning the second leg at Fir Park and the first match had been drawn. 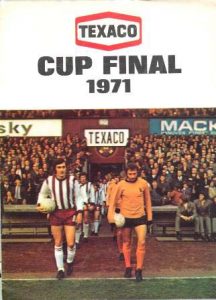 26,000 were at Tynecastle for the first leg of the final but most were to be disappointed as the English visitors raced to a 3-1 win. The second leg should have been a formality but The Edinburgh side gave their hosts a shock with a 1-0 win front of 28,642. So the English team came out on top in what was to become a trend.

In 1971-72 Airdrie, who had slumped to defeat against Hearts after that shock win over Nottingham Forest in the debut season again proved the scourge of the English. A 4-2 aggregate win over a sadly unstar-studded Manchester City who were fined the amount of their fee and banned from the competition for two years for fielding an understrength team was followed with a 7-2 hammering of Huddersfield Town. They then beat Ballymena United in the semi to set up a final against Derby County. 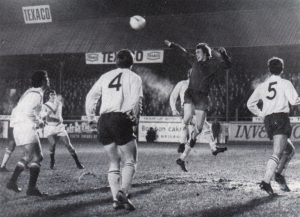 A packed crowd at Broomfield Park saw the teams fight out a goalless draw in the first leg. For the return a number of coaches travelled down from Lanarkshire to the Baseball Ground but they were to be disappointed when referee Jack Taylor called the game off due to a waterlogged pitch. When the game was eventually played three months after the first leg Derby, by then well on their way to the first division title, ran out 2-1 winners with a goal from Roger Davies and a hotly disputed penalty from Alan Hinton against one from Derek Whiteford. 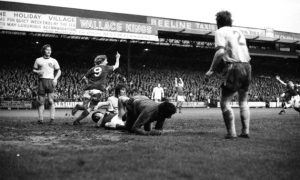 Year three of the tournament saw even greater English dominance. With, somewhat oddly, nine English teams and seven Scots taking part, only Motherwell from north of the border made it to the last four where they were outgunned 4-3 by Norwich who set up an all East Anglian final against Ipswich. The local derby element brought out the crowds with over 65,000 attending the two legs. They saw Ipswich win both games 2-1.

The following year saw the competition face major problems. The three-day week was now in force causing matches to be played with afternoon kick-off in midweek. Understandably this saw attendances plummet. There were a couple of shocks early on with Hearts and Motherwell seeing off Everton and Coventry but by the time the final came around it was England v England yet again. 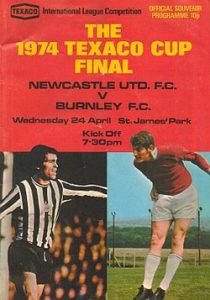 This time the final was between Newcastle United and Burnley. The game was played as a one-off under floodlights at St James’s Park and 34,540 saw the home team run out 2-1 winners after extra time. 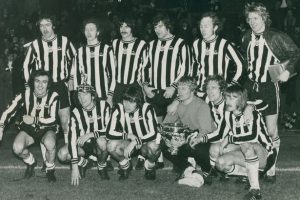 The final year of Texaco’s sponsorship of the competition saw a change in format to ensure that four Scottish teams were present in the quarter-finals and therefore give a great chance for an Anglo-Scottish final. A great idea in theory but in practice all four then lost including ‘big guns’ Rangers and Aberdeen. This left yet Another all-English final and holders Newcastle were there again, this time taking on Southampton and with the tie back to being staged over two legs. Saints took a narrow one-goal lead to St James’s Park for the second leg but suffered a 3-0 defeat there giving Newcastle a second successive win in the tournament.

For the 1975-76 tournament the two respective Leagues decided to continue the tournament even though Texaco’s sponsorship had come to an end, renaming it the Anglo-Scottish Cup. It would continue to be dominated by English sides, even as the quality of those sides weakened. 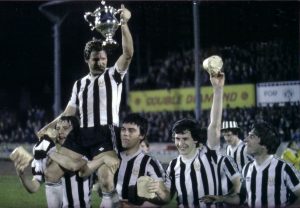 There was, eventually, a Scottish victor with St Mirren seeing off Bristol City in 1980 to get revenge for losing to the West Country team in the 1978 final. But the Ashton Gate leg of that final drew an audience of just 3,732 and those dwindling attendances helped bring about its downfall. In 1981 Chesterfield overcame Notts County to win the final staging.

The Texaco Cup was certainly innovative, it was, along with the Watney Cup, the start of major commercial sponsorship of tournaments. And, at least early on it was also well-received with clubs and fans intrigued to see how the two leagues matched up. Perhaps with more Scottish success it could have gone on longer and the clear English dominance, along with calls for less football and those falling gates eventually saw its demise.

Now, just like the Watney it is merely a fondly remembered oddity in football’s tournament history.