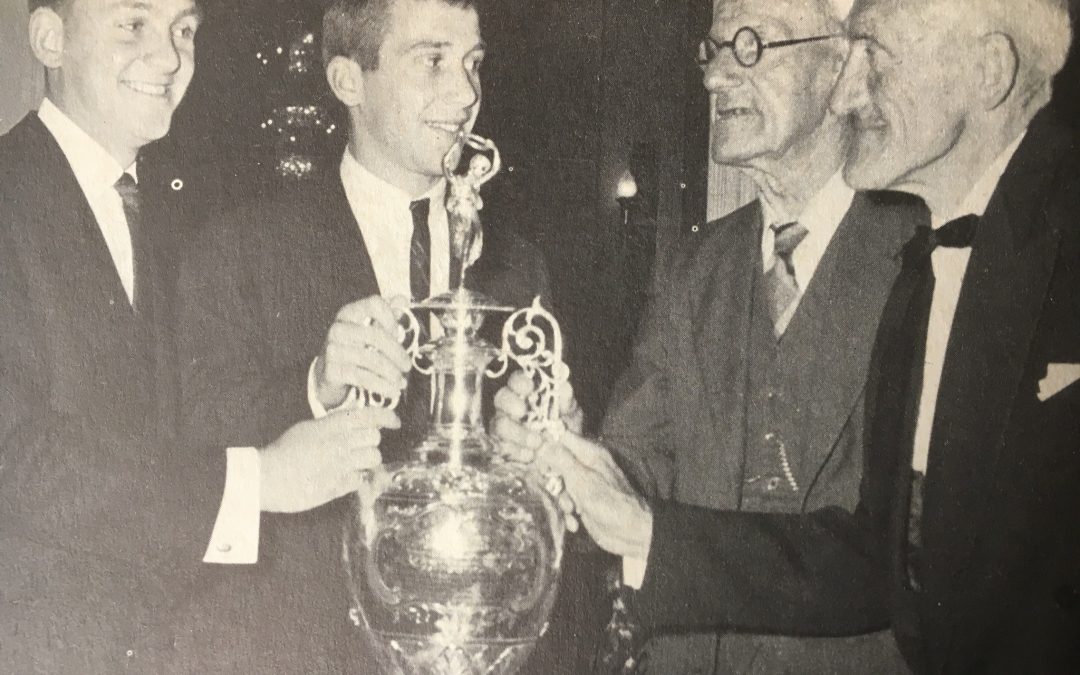 Gordon Wallace and Bobby Graham from Liverpool’s 1964 Championship winning team pose with the trophy alongside Joe Hewitt a member of the 1906 Champions and Billy Lacey who played in the 1924 title-winning side. 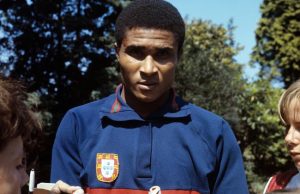 “I was a kid then but that man was really something to watch.” 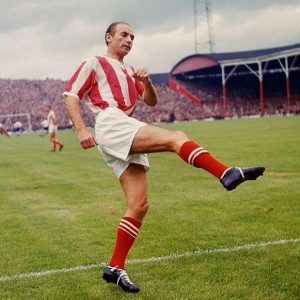 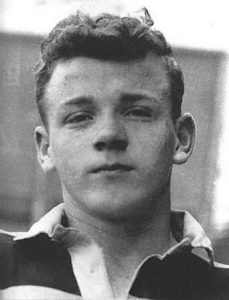 Billy Bremner was a much sought-after youngster being courted by Arsenal and Chelsea among others after impressing for Scotland schoolboys. However, the young Scot wasn’t impressed by London and turned both down. After his father forbade him from joining Celtic as he didn’t want him involved in the rivalry with Rangers he joined Leeds along with close friend Tommy Henderson.
Both youngsters quickly became homesick. Henderson returned to Scotland (he was brought back a couple of years later by Don Revie). Bremner also hankered after a return to his homeland. Hibernian manager Walter Galbraith bid £25,000 for the untried 17-year-old but Leeds refused to do business at anything less than £30,000.
So Bremner stayed at Elland Road and made his debut, in March 1960 against Manchester City. Making his City debut that day was Denis Law, bought from Huddersfield Town for £50,000.
In an exciting seesaw match Leeds ran out 4-3 winners with both players getting on the scoresheet – and both going on to fantastic careers at both club and country level. 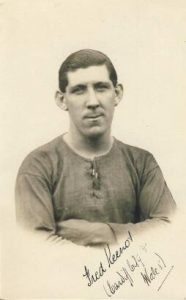 Scratch Team? No Problem
When Wales played Scotland in the 1930 Home International championship in 1930 the Welsh selectors were faced with a dilemma. Football League clubs refused to release their players for the match which left the Welsh looking high and low for players.
Fred Keenor, captain of the Cardiff City team that had beaten Arsenal in the 1927 FA Cup Final eventually led a team comprised of players drawn from Welsh and non-league clubs only. The line-up included players from Oswestry Town, Llanelli, Colwyn Bay and Cardiff Corinthians.
The Scotland team, including Alan Morton, the famous ‘Wee Blue Devil’, would have been heavily favoured to win but Wales, led by Keenor, battled to a famous 1-1 draw. 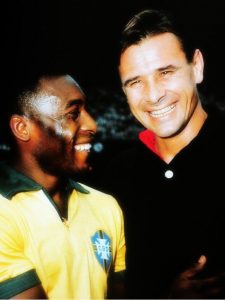 “See this kid? He will become the greatest player in the World.” Lev Yashin talking to his wife about 17-year-old Pele

“As long as football is played, Lev Yashin will be talked about.” Pele