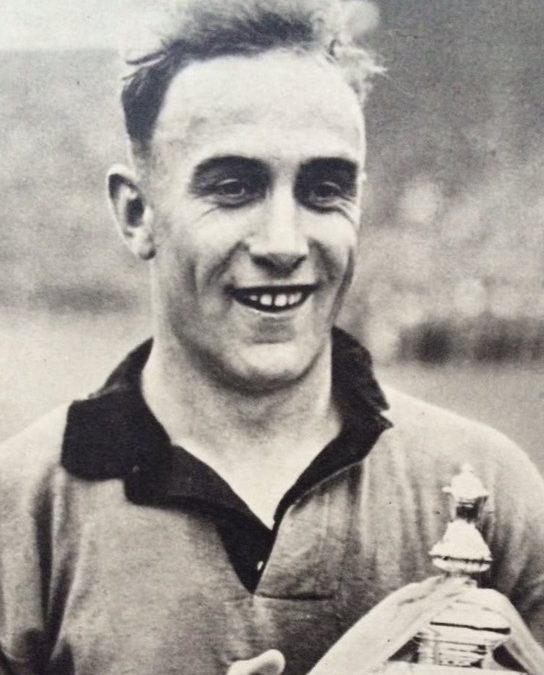 Dream comes true for ‘Snowy’.
In 1939, a 15-year-old Wolverhampton Wanderers groundstaff boy who everyone called ‘Snowy’ helped to pack the skip before sending it onto Wembley where the team were to play against (and lose to) Portsmouth in the FA Cup Final.

10 years later that same boy,  William Ambrose Wright was a key member of the Wolves team that beat Leicester City to claim the FA Cup. 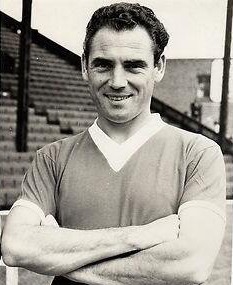 Johnny’s Boots
With his team 2-0 behind and down to 10 men after an injury to Derek Ufton, Charlton Athletic forward Johnny Summers decided to change his boots at half time in the match against Huddersfield Town at the Valley in December 1957. Summers later recalled; “I was working on the assumption that as things had already gone so much against us at that stage, nothing much worse could happen.”

Things did get worse for Charlton. After Summers pulled it back to 2-1, Huddersfield scored three unanswered goals to leave his team in a 5-1 hole with under half an hour remaining. “It looked hopeless for us,” Summers would later say. “But in a terrific fight back, I scored four more, and Buck Ryan got one so we made it 6-6 with two minutes to go and then Buck snatched the dramatic winner.”

So, Charlton won 7-6 and Summers scored five times, all with the right one of those new boots. 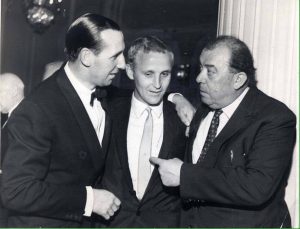 ‘Anything at all’
When Tommy Lawton joined Everton from Burnley in 1936, the legendary Dixie Dean said to the then 18-year-old; “I know you’ve come here to take my place. Anything I can do to help you I will. I promise, anything at all.” 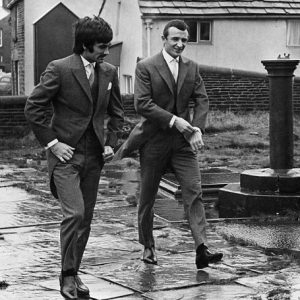 Mike Summerbee at his wedding wth the Best man.

Rivals?
George Best of Manchester United and Mike Summerbee of Manchester City were undoubtedly fierce rivals during their playing days. Off the pitch it was a different story; as well as having George as best man at his wedding, Mike went into business with the Northern Irishman when the pair opened the ‘Edwardia’ boutique in Manchester.

And this wasn’t the only business venture with a fellow sportsman for Summerbee, He also had a shirt manufacturing business with Heavyweight boxer Johnny Prescott who once challenged Henry Cooper for the British title at St Andrews. 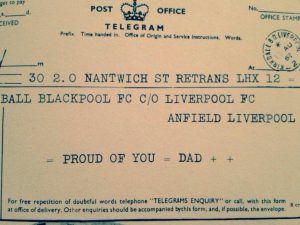 A telegram sent by Alan Ball Sr to his son on his Blackpool debut.

Alan Ball’s First Sending-Off
The late Alan Ball once told about his first sending off – at the age of four.

Alan recalled; “I can’t remember the incident but my father assures me that it’s correct. Apparently he was playing for Southport in an FA Cup tie.

“I was watching the game from the trainer’s bench. Suddenly my dad scored…and I ran on the pitch to congratulate him!

“My dad had scored in a Cup-tie! I felt proud of him and wanted to tell him so.

“The referee had other ideas and carried me back to the trainer’s bench! My dad disowned me that afternoon!” 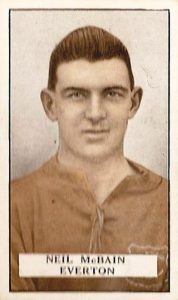 A Touch of Experience

Neil McBain had a fine football career. Appearing for seven clubs, including Manchester United, Liverpool and Everton, he made 391 starts across 17 seasons as well as winning three caps for Scotland in the early 1920s.

In 1929 McBain moved into management where, over a span of 33 years he was in charge of seven different clubs including 3 spells with Ayr United  and two years with Estudianted de La Plata in Argentina.

But McBain’s claim to fame rests with a 392nd match, played long after his career on the pitch should have been over.

In March 1947 McBain, then 51, was managing New Brighton in the old Third Division (North). The club suffered an injury crisis, particularly among their goalkeepers and the ever-willing Scot donned the ‘keepers jersey and went in goal himself, almost 32 years after his professional debut.

New Brighton lost the match 3-0 and sadly, we have no record of whether any of the three were down to the ‘keeper. But you can rest assured that McBain’s place in the record books, despite the loss, is secure.