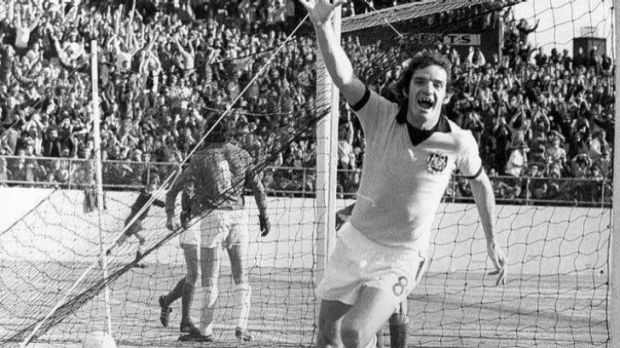 Just as he was getting ready for his chance on the big stage, Ray Baartz had it taken away. Vince Cooper tells the story of ‘what might have been’.

Ray Baartz was born in Newcastle, New South Wales, Australia and started playing football for local team Adamstown-Rosebud where he quickly became known as ‘one to watch’. 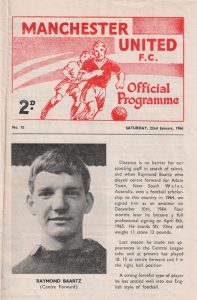 In 1964, at the age of 17, he was given the opportunity, along with a teammate, to spend three months training with Manchester United. At the end of the three months the teammate returned home but United manager Matt Busby, impressed by what he had seen, asked Baartz to stay on and the youngster signed a two-year contract. When the contract was up Baartz, desperately homesick, decided to return home despite Busby doing his best to urge him to stay.

Upon his return Baartz rejoined Adamstown and eventually moved to Sydney Hakoah for an Australian record fee of A$5,600. He quickly became a leading light both for his club and for the Australian national team.

In 1967 Manchester United toured Australia and Baartz was selected to play for New South Wales against his former club. United won the match 3-1 but his performance prompted Busby to say; “Now you know why we wanted to keep him.”

Baartz helped his country qualify for the 1974 World Cup and, considered at the time to be the best player his country had produced, was expected to lead the Socceroos’ attack in West Germany. 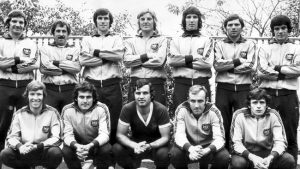 To warm up for the World Cup, Australia scheduled back-to-back matches against fellow qualifiers Uruguay. The first match, in Melbourne, finished goalless and the second took place two days later at the Sydney Cricket Ground.

Late in the first half Baartz made a run into the area but was stopped by the elbow of Uruguay defender Luis Caristo. He went down but seemed to have recovered and indeed, in the second half of a feisty encounter (Galisto punched Baartz in the second period and was sent-off despite a teammate punching him, cutting his lip and claiming Baartz had done it) the striker scored one and made the other as his team completed an encouraging 2-0 win.

That evening Baartz complained of headaches and lost the use of his left arm. The following morning he went to the local hospital where he lost consciousness for two days. The blow to his throat had damaged the carotid artery blocking blood supply to his brain. He was n the danger list for a while and when he recovered he was told that another blow to his throat could kill him. At 27, in his prime and with a World Cup to look forward to, his career was over.

Baartz played 48 games for Australia scoring 17 goals. Inducted into the Sport Australia Hall of Fame in 1985 and awarded the Australian Sports Medal in 2000 and in 2012 he was named in the ‘Greatest Ever Australian Soccer Team’.

It is probably wrong to say that the incident against Uruguay cost Baartz his chance at the big time. That opportunity went when he left Manchester six years earlier. But if he had managed to make it to the big stage in West Germany, at still only 27 years of age, it is not impossible to think that a few good performances might have inspired a European club to give him a chance on the bigger stage.

Sadly due to the callous actions of an opponent, we will lever know if Matt Busby was right in suggesting that the mighty Manchester United shouldn’t have allowed Ray Baartz to be ‘one that got away’