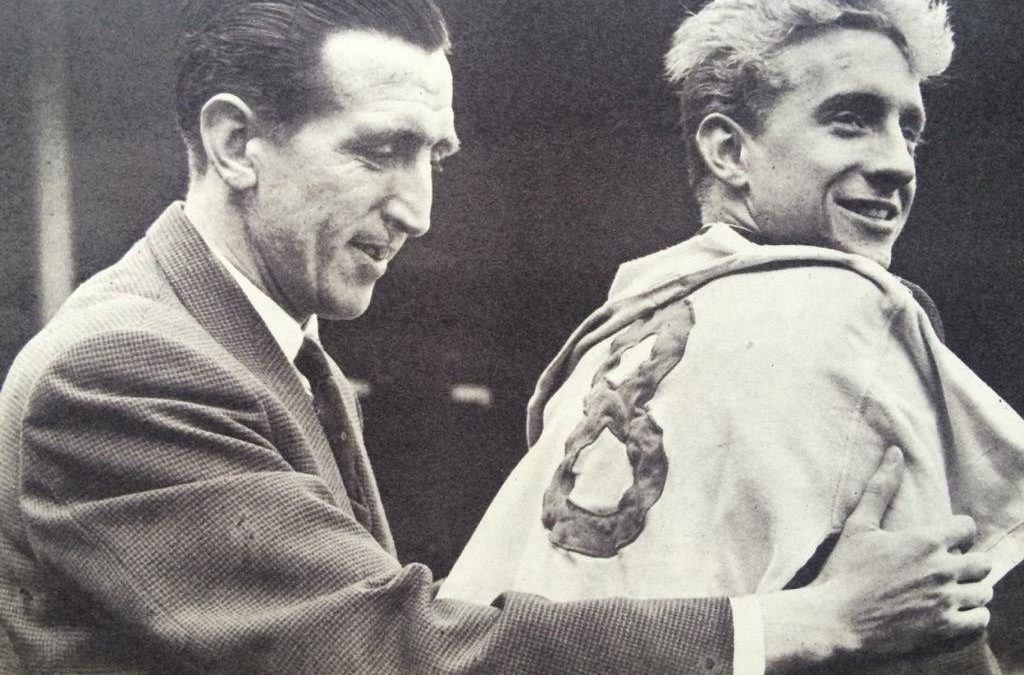 Denis Law was always a big FA Cup scorer, but he could have been even bigger.

On January 28th 1961 City travelled to Kenilworth Road for a 4th round tie against Luton Town. Law was in excellent scoring form for the club and definitely had his shooting boots on that day. He scored six times and his team were moving smoothly through to the next round, 6-2 ahead with 20 minutes remaining. However, the referee decided that the rain-sodden pitch had become dangerous and called the game off.

The game was started again on February 1st and Law struck again. Sadly it was just the one and Luton managed three so not only was he five goals worse off – City were out of the Cup!

Law finished his career with 41 FA Cup goals. 34 for Manchester United, 4 for City and 3 for Huddersfield Town. 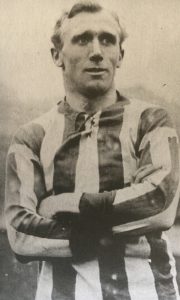 Pennington said: “Had I been doing my job I would have been in front of Tufnell. But I wasn’t. He tapped the ball between my legs and went on to score. I could have pulled him down from behind but this was never my kind of play.”

It says much of Pennington’s sportsmanship that he refused to foul his opponent, knowing that not doing so would almost certainly lead to defeat.

It says perhaps even more that his comments came when remembering the incident whilst attending the 1968 FA Cup Final – 56 years later! 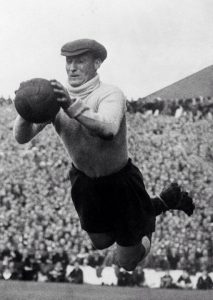 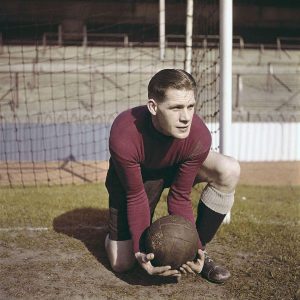 Bert Williams and Ted Ditchburn vied for the England goalkeeper’s jersey through most of the 1950s. Williams, as last line of defence for the famed Wolverhampton Wanderers team, won Championship and FA Cup winners’ medals and appeared in 24 internationals for his country. Ditchburn meanwhile, won the 1st and 2nd Division titles in successive seasons and represented his country six times.

But both could well have made their names at other sports. Williams was an excellent sprinter who once clocked 10.1 for the 100 yards, whilst Ditchburn had offers to turn professional as a boxer, and also excelled at cricket and tennis.

Ditchburn died in 2005 aged 84. Williams, awarded an MBE for his services to football and charity, was, before he passed away in 2014, England’s oldest surviving international at 93. 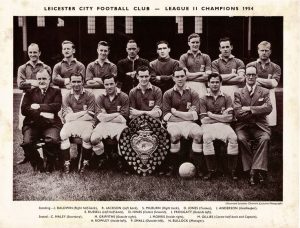 Leicester City 1954 – including the two culprits

During their title-winning season of 1954-55, Chelsea beat Leicester City 3-1. Two of the Blues’ goals were scored by Eric Parsons and Johnny McNicholl both regular scorers during that season of triumph. The third was a little different.

Nobody, including the players themselves could decide whether it was Jack Froggatt or Stan Milburn who got the final touch as both Leicester players seemed to play the ball at exactly the same time. So, the final decision was a ‘joint own-goal’ the only such occurrence in the history of the Football League. 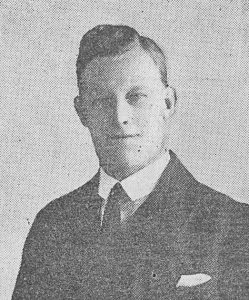 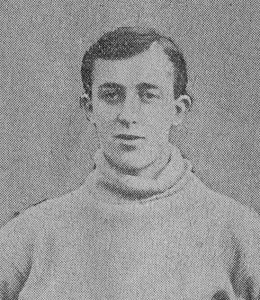 For their penultimate game of the 1921-22 season Brentford travelled to Wales to play Swansea Town. Unfortunately three of the players – goalkeeper William Young, Harry Anstiss and Freddy Capper – missed the connecting train in Cardiff.

A depleted Brentford therefore started the match with eight men, including manager Archie Mitchell who had been a centre-half during his playing career, in goal.

The Bees performed admirably, losing the match by a solitary goal.