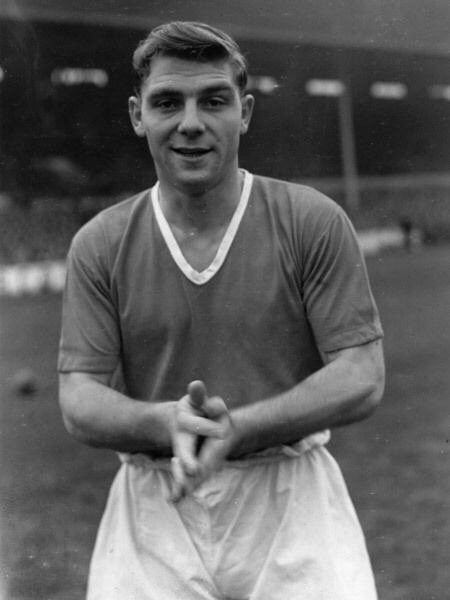 “People still haven’t forgotten. Strangers come up and tell me ‘He was a good ‘un’”
83-year-old Anne Edwards talking about son Duncan, 35 years after he had passed away Birmingham City goalkeeper Dave Latchford once almost escaped a booking- at the expense of brother Bob.
Dave, angry with how his defence were lining up at a free-kick, kicked the ball into the crowd. The referee approached to book him and said; “Bob Latchford isn’t it?” Dave initially said “That’s right,” before quickly putting the record straight. “I don’t think Bob would have appreciated the joke.” Dave said after. Elba de Padua Lima, known as ‘Tim’, was a member of the Brazil team that competed in the 1938 World Cup Finals in France. He missed out on a place in the team for the semi-final loss to Italy after being exhausted by his efforts in the win over Czechoslovakia.

Tim’s next involvement in world football’s premier tournament came 44 years later when he coached Peru and finally got to compete against the Italians, leading his adopted nation to a 1-1 draw. John Charles was one of the towering football figures of the late 1950s-early 1960s, and quite possibly the greatest footballer Wales has ever produced.

At Leeds and in Italy with Juventus he was adored and earned the nickname The Gentle Giant for his uncompromising but fair approach to the game and throughout his career he was never cautioned or sent off.

Off the pitch, like many footballers, he was never quite as successful. A string of businesses including a Turin restaurant, a sports shop in Cardiff and the New Inn pub in Leeds proved to be failures, as was his next venture the Gomersall Park Hotel on the outskirts of Leeds.

It was here that he ran up a debt for rates of £943, one he was unable to pay. Sent to court and still unable to pay, Magistrates in Huddersfield showed the great man no sympathy, sentencing him to 60 days in prison. Charles was taken to Huddersfield Police Station to wait for the bus that would transport him to prison. Fortunately for him, fiancée Glenda showed up with the money which had been given to her by Leeds United chairman Leslie Silver.

When asked about his kind donation Silver simply said; “John was the finest player we ever had at Leeds United.” George Hardwick became a Middlesbrough and England great. He captained both and would have made many more appearances for club and country but for the intervention of World War Two. One of his greatest honours was being chosen to captain the Great Britain side that beat the Rest of Europe 6-1 in 1947. Today there is a statue to the former star outside the Riverside Stadium.

But things didn’t start out so auspiciously for the full-back. Chosen to make his debut as a 17-year-old for ‘Boro against Bolton Wanderers at Ayresome Park in 1937 he scored an own goal with his first touch of the ball, in the first minute of the match. “I wanted to hallowed Turf to swallow me up and take me well away from the place.” Hardwick later wrote in his autobiography. “I had no idea what I was getting into, so I got the boys out on the pitch, to go around the field dribbling round traffic cones. I won’t say the club was in a bad way but the traffic cones won 3-0.”
Bill Shankly on taking over at Liverpool