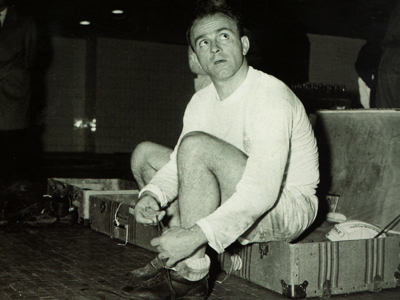 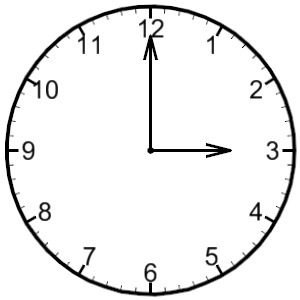 The 19th century Factories Act included a Law that factory work should stop a 2pm on Saturdays. This encouraged football clubs to -eventually- arrange kick-off times for 3pm on Saturdays, a move which brought about a huge rise in attendances and thus it has remained ever since (although every season more games seem to kick off at other times). 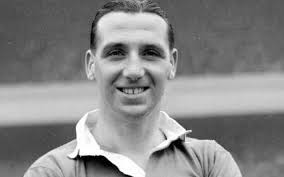 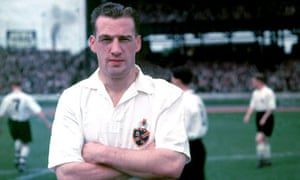 CASTLE HILL SCHOOL. THEY KNOW A GOOD CENTRE-FORWARD WHY THEY SEE ONE

Castle Hill School in Bolton had a decent centre-forward in the early 1930s. His name was Tommy Lawton and he would go on to have a glittering career with Burnley, Everton, Chelsea and others as well as scoring 22 times in 23 appearances for England. Lawton had represented Bolton and Lancashire schools as a youngster and the school team would surely have though of him as irreplaceable when he left, Signing for Burnley.

The next centre-forward the school found was called Nat Lofthouse who spent his entire career with Bolton Wanderers and played 33 times for his country, scoring 30 goals. 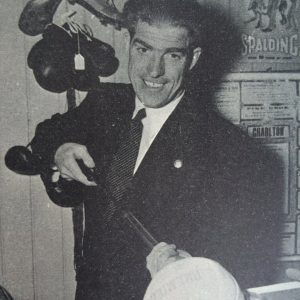 Goalkeeper Sam Bartram became a club legend during his time at Charlton Athletic. But his first real chance came due to a tragedy.

Bartram was playing for his local team, Boldon Villa in County Durham (watched regularly from behind the goal by a 12-year-old called Stan Mortensen) when he was spotted by Angus Seed, brother of Charlton manager Jimmy who recommended him. The Addicks boss took note of the name for future reference.

In 1934 Charlton stayed in Torquay for a few days when they played the local team in a league match. The players went swimming in the sea and goalkeeper Alec Wright, in diving off a raft, struck his head on the bottom and broke his neck. He sadly died shortly after.

The freak accident caused the club to rush into action to sign a new keeper. Jimmy Seed dashed to Jarrow and signed Bartram up for a month’s trial.

The month didn’t go well as the new man let in a hatful of goals for the reserves. He was amazed to be offered a second month which went better. He eventually signed, was in the team soon after and spent 22 years at the club, making over 600 appearances and earning the unwanted title of the ‘best goalkeeper never to play for England’. 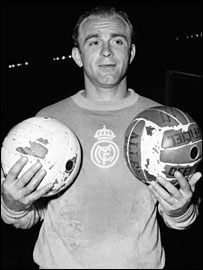 OF REAL MADRID – AND OF BARCELONA

The great Alfredo Di Stefano scored in five consecutive European Cup finals and won two Balon d’Ors during a stellar career. But the circumstances around him joining the Madrid giants were a little curious to say the least.

Di Stefano, born in Buenos Aires, was a River Plate player in his early career but in 1949 Argentine footballers went in strike.

A number of the top players went to play in Colombia, and many of those, including Di Stefano, signed for Millonarios. With their star man scoring 90 goals in just over 100 games, and a number of other top players, the Bogotá club were widely considered one of the best teams in the world.

In 1953 the top Spanish clubs came calling for Di Stefano. Real Madrid president Santiago Bernabeu spoke with River Plate and agreed to pay the club £20,000, and give the player a £9,000 signing-on fee.

It seemed like a done deal until, just a few days later a rather large fly appeared in the ointment when Barcelona announced that they had paid Millonarios £30,000 for the same man.

Di Stefano was actually presented in front of Barcelona fans amid furore and protests arriving at FIFA’s headquarters.

Bizarrely, the two clubs initially agreed that the striker would play for each in alternate seasons but eventually common sense, along a further payment of £25,000 prevailed and he became a 100% Real player.

£54,000. Was he worth it? Well with those European Cup successes enjoyed by his team came a trebling of crowds and just two years after signing him, Real were offered, and rejected, a stunning £120,000 for the player by Roma.  So I’d put that down as a resounding ‘yes’. 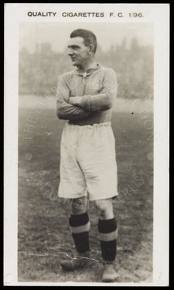 Neil McBain was a top player in his time. A half-back, he represented Manchester United, Liverpool and Everton among others and also made three appearances for Scotland between 1922 and 1924.

He later went on to manage a number of clubs including a successful two-year sojourn in Argentina where he took charge of Estudiantes de La Plata.

In March 1947 McBain was managing lowly New Brighton. The club experienced a goalkeeping crisis and had nobody to go between the posts for their Division Three (North) match at Hartlepools United. So, at the age of 51 years and 120 days, and almost 32 years after making his first appearance McBain donned the ‘keepers kit and took his place in goal.

Sadly there was no fairytale ending. Hartlepools won the match 3-0 and within a year McBain had been sacked.