HONVED – THE TEAM LEFT OUT ON THE COLD 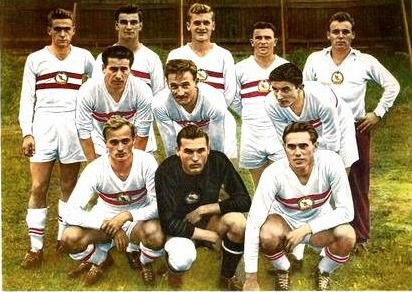 WHEN Wolverhampton Wanderers took on the Hungarian team Kispest Honved at Molineux in 1954, the game was billed (mostly in the British press) as one that would decide the world’s best club side.

This had come about after Hungary’s double hammering of England, first at Wembley and then in Budapest, wins recorded with no less than 7 Honved players in their ranks. 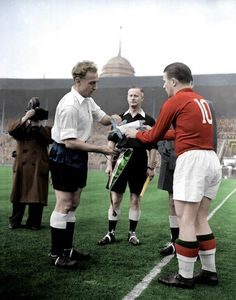 The 6-3 thrashing England took at the hands of the Hungarians at Wembley was described by one reporter at the time as; “A severe lesson in the arts of Association Football”. England (and Wolves) captain Billy Wright’s display in that match was memorably described by reporter Geoffrey Green of The Times as; “Like a fire engine going to the wrong fire”, as the home team spent most of the match chasing shadows. 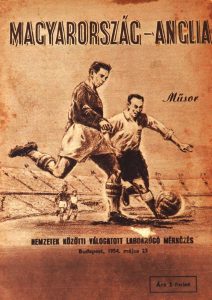 The following year’s 7-1 hammering in Budapest confirmed that the Wembley result was no fluke and that, after the debacle at the 1950 World Cup, the English had been firmly knocked off their self-proclaimed perch as masters of the sport. 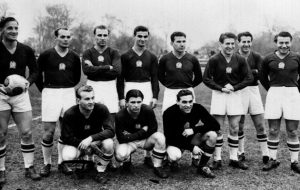 Meanwhile, Hungary were taking the World game by storm. Having romped to gold at the 1952 Olympic Games (where in five matches they scored 20 goals and conceded 2) and then recorded that double demolition of England the ‘superteam’ were thought of as the best on display at the 1954 World Cup and it came as a huge shock when they lost out in the final to West Germany. 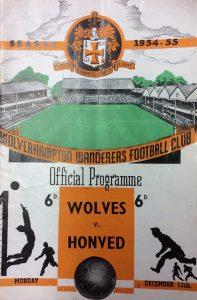 So it was to this background that Honved visited Molineux on 13 December 1954. The match was played in front of 60,000 fans under Wolves’ floodlights with the home team donning shiny shirts especially made by local seamstresses to ensure they could pick each other out easily. The linesmen also had little bulbs put inside their flags so that the referee (and fans) could easily see when offside decisions were given

Wolves, right at the top of the English game, were in the midst of playing a number of high-profile friendlies under the glare of the new lights. A South African team, Club Avellaneda of Argentina, Spartak Moscow, First Vienna and Maccabi Tel Aviv all visited Molineux. Only First Vienna, who emerged with a goalless draw, weren’t beaten. 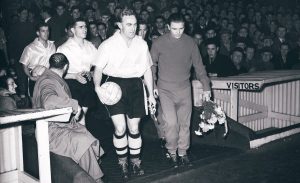 Wright and Puskas lead their teams out

So Honved’s visit was apt. The side parading the majority of the best national team in Europe would face the English champions who had seen off a host of top continental teams.

Honved came tearing out of the gates from kick-off, were 2-0 up after just 14 minutes and it appeared that a Hungarian team would again heap shame on the English game. But Wolves fought back and had chances before the break to narrow the gap. But they found goalkeeper Lajos Farago in fine form and went into the break still two down.

Rarely for those days, the second half of the game was shown live on BBC television but the kick-off was five minutes late. This can partly be put down to Wolves manager Stan Cullis sending out his apprentices (including a 15-year-old Ron Atkinson) to water the pitch in order to slow Honved down.

The plan worked. The pitch was already sodden after four days of rain and after the intervention it was later described as; ‘like a cattle ground at the end of a four-day show in the rain’.

Farago made a couple more fine saves an then, after four minutes of the second period tiny Johnny Hancocks (he wore size three boots) went down rather easily in the area and English referee Reg Leake somewhat bafflingly pointed to the spot. Hancocks put the penalty away and it was ‘game on’. 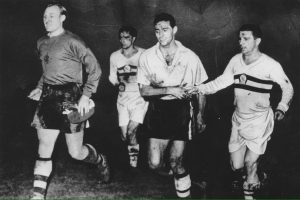 From then on Wolves battered the Hungarian defence. With Wright marshalling his team brilliantly and keeping Puskas and co. at bay, Dennis Wilshaw twice set up Roy Swinbourne and the centre-forward put both chances away, turning things around, and turning one youngster watching in Belfast into an instant Wolves supporter. George Best’s family didn’t own a T.V. but a neighbour, Mr Harrison did, and he allowed young George in to watch the tremendous fight back instantly converting him into a fan. 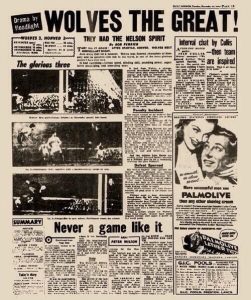 It is widely believed that the Molineux game and the attention it attracted led to the creation of the European Cup. The English press werecquick to bang the drum, calling Wolves ‘Champions of the World’ and stating that the game in this country was still ‘the best in the World’. Continental journalists were far more reserved and said that English teams would need to travel overseas to truly test their merit. So, a UEFA congress in March 1955 put forward a proposal for a European Cup and it was quickly accepted. But by the time the competition got into full swing, Wolves had endured a disappointing season whilst Honved, and indeed Hungary, were in turmoil.

‘Champions of the World’

The first European Cup was staged in 1955-56 and the 16 entries didn’t include teams from either England or Hungary as both Chelsea and Honved, the respective champions had declined the invitation to take part.

The following season both countries’ champions entered and whilst Manchester United enjoyed a fine run, reaching the last four before being ousted by eventual winners Real Madrid, Honved found themselves left out in the cold by events in their homeland. 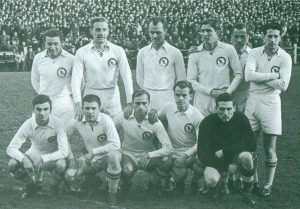 Honved received a bye in the first round and were then drawn to play Athletic Bilbao who had won the Spanish crown by a point from Barcelona with the first European champions, Real Madrid a further 10 points back.

The first match was due to be played in Hungary on 7 November and the team went on a tour of Western Europe to prepare when they got word that there was an uprising in their homeland and, on 4 November that Russian tanks were rolling into Budapest to quell it.

The players remained out of he country, no doubt concerned about the fate of their loved ones and the first leg was switched to Spain on 22 November where the Hungarians, no doubt more than a little distracted, still put up a battling performance losing 3-2.

Instead of returning home, the club arranged a number of further friendlies playing against a combined Real/Athletico Madrid side, a combined Sevilla/Real Betis side and Barcelona as well as further games in Italy and Portugal.

The news from Hungary continued to be grim and it was eventually decided to play the second leg in Brussels. By this time some of the players’ families had joined up with team members in Belgium, many travelling on foot.

When the second leg finally took place, on 20 December the Hungarians fell behind in the first minute. They equalised then lost goalkeeper Farago to injury and with no subs allowed, were forced to put left-winger Czibor in goal. They battled on but drew the game 3-3 to go out 6-5 on aggregate.

The players still decided to stay away from their homeland. The Mexican league offered the team and place in their league, and the players asylum but this was turned down although they did travel to Brazil to play in a tournament involving Flamengo and Botafogo before the club were outlawed by the game’s authorities.

Then the players started to return home. But not all of them. Ferenc Puskas went to Vienna where his family had settled before signing with Real Madrid, Sandor Kocsis, who scored 75 goals in 68 game for Hungary, but never pulled on the national shirt again after 1956, played for Young Fellows of Zürich before joining Barcelona while Zoltan Czibor went first to Roma where he played a couple of games before also joining Barcelona. 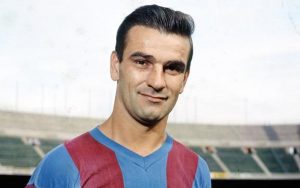 In the Catalan capital Kocsis and Czibor teamed up with a third Hungarian Ladislao Kubala who had joined the club in 1951. Some of the players did return home but Honved were never the same again and, in fact, were only saved from relegation in 1957 when the league expanded.

So Honved’s time at the pinnacle of European Football was stunning, but brief.

The club were originally known as Kispest Atletikai and had enjoyed limited success in their early years, with a 1926 Hungarian Cup win the only silverware.

In 1949 everything changed. Kispest became a suburb of Budapest and Kispest Atletikai became Kispest Honved (from the word Honvedsag meaning ‘soldier’) and they were now the army team. 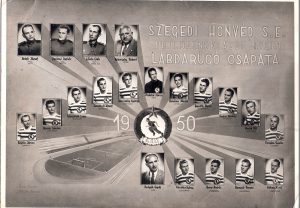 This was part of the communist nationalisation of sport with a number of clubs now being adopted by branches of the state.

Their new position in Hungarian football gave the club access to many of the country’s best players to aid Puskas and Josef Bozsik who were already Kispest players. Puskas would later admit that the players did a minimal amount of military work, focusing on training and playing.

The new status, and the new players, transformed Honved – as they were now generally known with the Kispest prefix mostly dropped. They won five titles in seven years with Puskas and Bozsik now aided by the likes of Kocsis, Czibor and Budai.

The club did rise back to the top of Hungarian football in the 1980s when, inspired by Lajos Detari, they dominated the game in their homeland. But neither they, not any Hungarian team or the national side have had any impact on European or World football for a long time now.

Honved’s, and Hungarian football’s, brush with the big time was brief but it was pretty stunning while it lasted.