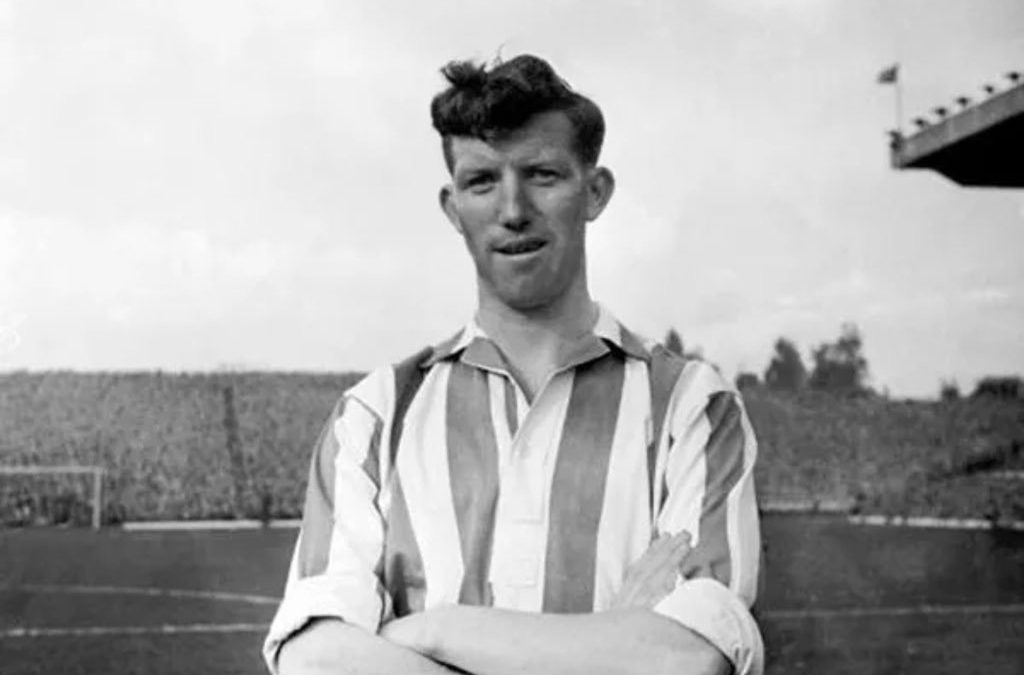 SHEFFIELD-BORN Derek Dooley looked all set to go to the very top on the pitch. Tragedy struck but he still forged a career that sees him remembered fondly throughout the Steel city.

Born in Sheffield, Dooley attended the local Owler Lane school where he was playing for the senior team at just 13 years old. Leaving school at 14 he started work in a hearing-aid factory and played for his local YMCA who wanted to play him at centre-half. He insisted that he would only play at centre-forward and was eventually given the chance, proving so good that Lincoln City were soon signing him up.

He was now turning out for Lincoln – as an amateur – whilst still appearing regularly for the YMCA. He topped the scoring charts for the Imps reserve team and at the end of the 1946-47 season, made two appearances for the first team, scoring in both.

This led Lincoln to offer him a professional contract but he turned it down as he wanted to help the Sheffield and Hallamshire district team in the Northern Counties Championship. It was when appearing in the final of that tournament that he was spotted by Sheffield Wednesday chief scout Tommy Walker who recommended him to manager Eric Taylor.

As he had not signed a pro contract with Lincoln he was effectively a ‘free agent’ and Taylor moved quickly and snapped him up.

A career that appeared to be hurtling toward the top suddenly ground almost to a halt. Though he found the net regularly for both the third team and the reserves, Dooley failed to make an impression when given occasional opportunities with the first team. His play was generally described as ‘cumbersome’ and it looked as though he would struggle at the highest level. In 1949 he was called up to do his national service in the RAF with an uncertain football future ahead.

When he returned to Hillsborough in 1951, Dooley seemed a different player. Wednesday had been relegated in 1950-51 and they made a poor start to life in the 2nd Division. With his side languishing near the foot of the table Taylor decided to give Dooley another chance. 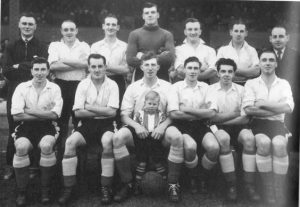 Dooley started in the right way, scoring both goals in a 2-1 win over Barnsley. A slight hiccup with one goal in his next three starts followed, and then, suddenly, the floodgates opened. In the next nine games he found the back of the net an incredible 22 times and by the end of the season had scored 46 goals helping Wednesday become champions and make it back into the top flight.

Dooley was often described by journalists of the day in less-than complimentary terms. More of a bustling type of centre-forward he was also often booed on his team’s travels by opposing fans who were angry at the way he perpetually harassed goalkeepers., although he received similar treatment in return without complaint. Wednesday fans on the other hand, loved his never-say-die attitude and he became a Hillsborough hero. 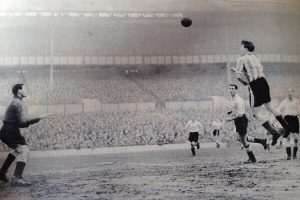 The 1952-53 season was a chance for Dooley to prove himself at the top level. It started slowly and manager Taylor was angry at the treatment his star man received. He left him out of the game against Charlton Athletic; ‘to emphasise our protest at the rough treatment he is getting from defences, and for the marked-man attention from referees’. Restored to the side a week later he soon got back into his stride and by February had hit 16 goals in 24 games, earning attention and calls for a place in the squad for the upcoming home internationals.

On Valentine’s Day 1953 Wednesday travelled to Deepdale to play Preston North End. Chasing a long through-ball from Albert Quixall he was always likely to be beaten by home goalkeeper George Thompson but, of course, went in for the challenge. He crashed into the onrushing ‘keeper and broke his leg in two places. 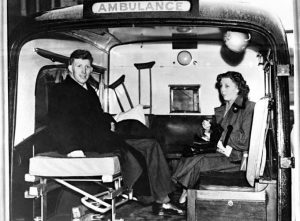 Dooley was taken to Preston Royal Infirmary and the leg was placed in plaster. When he was preparing to leave hospital a nurse decided to test his reactions by tickling his toes. There was no reaction so the plaster was removed and the leg inspected. It was found that a cut, inflicted on the back of his leg earlier in the match had become infected with gas gangrene – a million to one chance according to the hospital.

For 24 hours surgeons tried to save his leg, anti-toxins were rushed by police car from Manchester, but there was no alternative; it had to be amputated above the knee to save his life. At 23 years of age, a promising career was over. 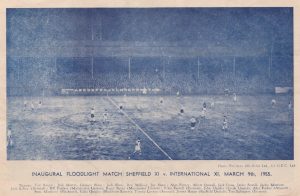 The immediate thoughts of the Sheffield people turned to how he would live the rest of his life. Local newspapers set up a shilling fund and a total of £10,000 was raised. The club organised a testimonial, the first floodlit match ever played at Hillsborough. Along with Stanley Matthews, John Charles, Jimmy Hagan, Tommy Lawton and many of the best footballers in the country, 55,000 fans turned up. A local pools winner gave him £3,000. He bought the house he would live in for the rest of his life.

But more than anything, Dooley’s biggest hope was to stay in the game in some capacity. He said he wanted to remain at Wednesday; “Even if they use me as a corner flag”.

At first he worked as a receptionist in a local bakery whilst also helping to coach Wednesday’s juniors and doing some journalism work. In 1961 the club appointed him to run their development fund and he helped raise the funds needed to upgrade the stadium until, by the time of the 1966 World Cup it was one of the most modern in the country. 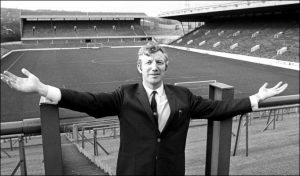 Midway through the 1970-71 season, with the club having fallen into the second division the previous season, Wednesday appointed Dooley as manager. He spent almost three seasons at the helm but failed to lift them back into the top flight and when a new board took over he was sacked on Christmas Eve 1973 and replaced by Steve Burtenshaw. The decision left him bitter and he would rarely return to Hillsborough over the next 20 years.

Dooley’s next move came as a surprise to all. Having been a Wednesday man for just about all of his career, in November 1974 he accepted the role of commercial manager at Sheffield United. He would spend most of the next 30 years at Bramall Lane, making his way up to Chief Executive. He was awarded a testimonial in 1993 and eventually retired in 1996 but three years later was back as chairman before finally stepping down, and becoming Vice President in 2006, just as the Blades were celebrating promotion to the Premiership.

A number of honours came his way later in life. He was granted the freedom of the city of Sheffield, awarded an honorary doctorate by Hallam University and, in the 2003 New Years honours list was awarded the MBE. In 2007 he was made a ‘Sheffield Legend’ joining the likes of Gordon Banks, Michael Palin and Seb Coe with a plaque placed outside Sheffield Town Hall. Speaking at the time he said; “That’s what I like about Sheffield. I’ve had actual support from the people for a number of years.

‘When I’m gone my name will still be down here”. 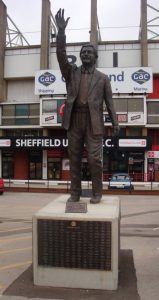 ‘Loved by Both Sides’

The following year he was gone. Derek Dooley succumbed to a heart attack, aged 78, in March 2008. Later that year a road was renamed ‘Derek Dooley Way’ in the city and United commissioned a statue which stands outside Bramall Lane. The club also announced that they would name their Academy in his honour. Former United manager Neil Warnock, himself a native of the city, said; “There will never be anyone like him again, he was loved by both sides of the city of Sheffield”.

It isn’t unique that one man stays in the hearts of fans of two clubs from the same city. Denis Law and Pat Jennings to name but two share that distinction with Dooley. But, having fought back from the tragedy that occurred before he had even reached his prime and having served Sheffield two clubs for over 50 years, there can be few who have earned the love of a city more than Derek Dooley.