WHEN GEORGE RAN AWAY – THE FIRST TIME 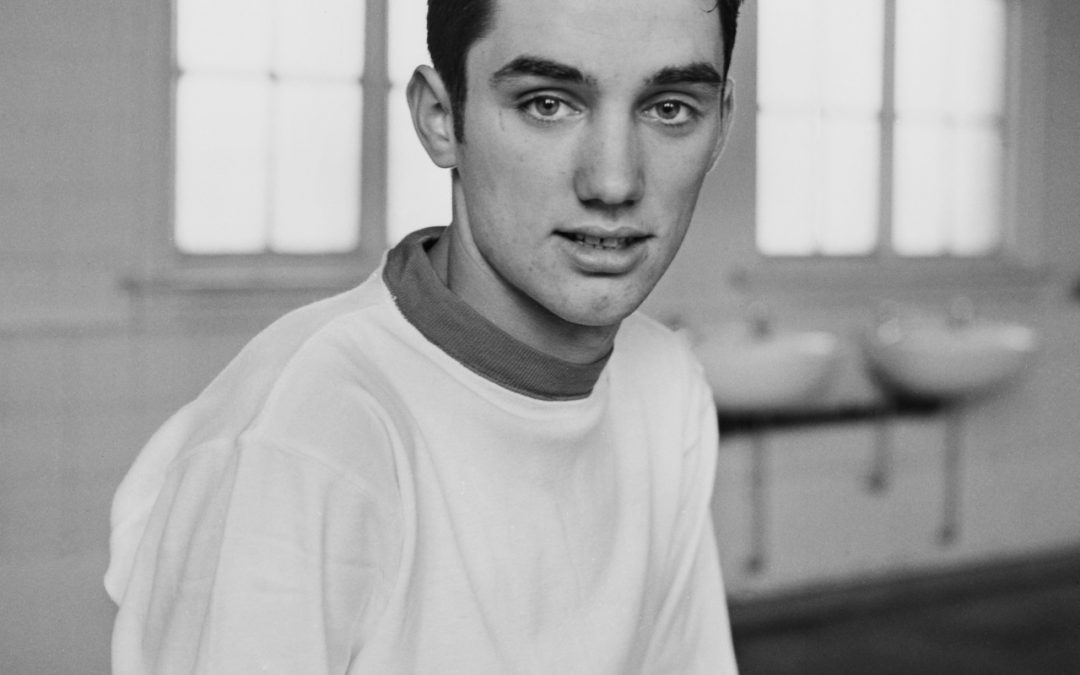 In his later career George Best gained a reputation for ‘going missing’. In fact he had some previous

Manchester United manager Matt Busby received a phone call from Bob Bishop, the club’s Northern Ireland scout. “I think I’ve found a lad who could turn out to be a genius.” Bishop said.

Based on that call, and a letter from Bishop confirming his opinion, Busby agree to take 15-year-old George Best on as an apprentice.

In July 1961 Best and fellow Belfast boy Eric McMordie (who later carved out an international career of his own with Middlesbrough) boarded the ‘Ulster Prince’ and headed for Manchester via Liverpool. From Lime Street they got a taxi, asked for Old Trafford and were initially taken to the cricket ground. Eventually the taxi driver got things right and the two youngsters met up with Joe Armstrong, United’s chief scout.

After some training, and an evening stroll around Manchester with their landlady’s son, George and Eric came to a decision. They’d had enough; they wanted to go home. 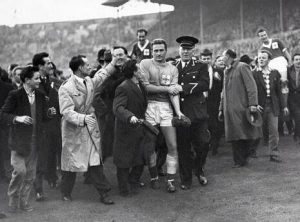 George told Joe Armstrong he was quitting. The scout enlisted the help of goalkeeper Harry Gregg (pictured above) and Jimmy Nicholson, compatriots who tried to get George to change his mind. ‘Surely you’re not going to throw your big chance away?’ They asked. Yes, he answered.

After 24 hours in Manchester he was heading home. His dad, Dickie, told him he thought he was ‘stark raving mad’. Friends on Cregagh playing fields said the same, suggesting he should be locked up.

Dickie rang Matt Busby and was told the staff at Old Trafford thought highly of the youngster. He eventually persuaded George to return which he did, this time alone. 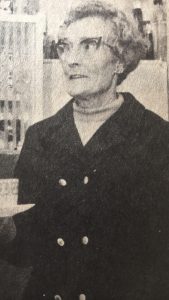 At 5ft 3in and 7st 10lbs George clearly needed building up, and this is where Mrs Fallaway (above), the landlady, came in, serving him huge helpings of home cooking to help pile on some pounds.

But there was another problem. Being from Northern Ireland forbade George from being a full-time football apprentice so during the day he had to work! From 9 to 5 he was employed as a messenger boy at the offices of the Manchester Ship Canal.

That left evenings and weekends for football. Again he was down in the dumps but then a five-a-side changed everything. George found himself up against the mighty Gregg, a hero for all young Northern Irishmen. He scored twice, Gregg gave him a hard time verbally after and he felt he had started to make a name for himself.

Still, George spent two years combining work with football. At one stage he switched to working in a timber yard but found that it left him too weak for football so it was back to the job in the Ship Canal offices that he hated.

Finally, in 1963, after a few “A” team games, the time came and George was offered a full-time contract. Off he went to Belfast to enjoy the summer, happy in the knowledge that he would soon get the chance to show his talents with the “A” team again or maybe even the reserves. The chance came soon after the new season started, and it was with the first team! There on the board, it said ‘Best. G. Reserve’

Better news was to come on the day of the match. George was playing. He had been listed as reserve so that, as Matt Busby said, he could get a good night’s sleep. That was in September and by December he was a first-team regular. And there to stay.